B&B Spoilers: Hope’s Mistake – Sheila Is The Enemy, Not Taylor 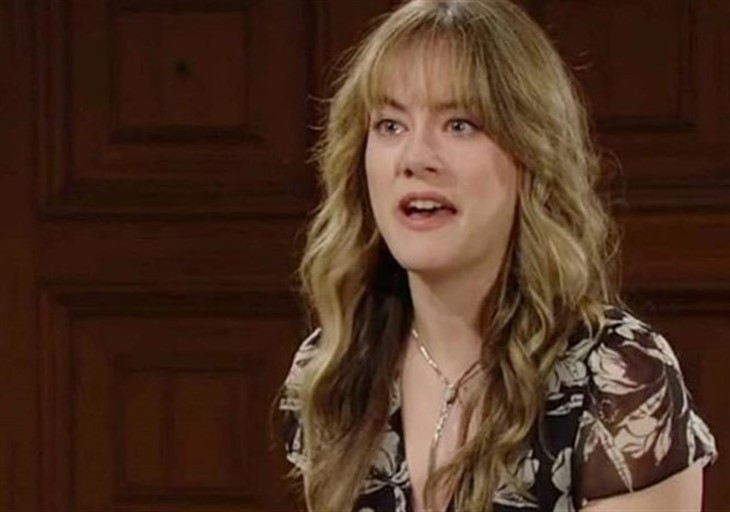 The Bold and the Beautiful spoilers document Hope Spencer (Annika Noelle) did not intend to issue a warning to Taylor Hayes (Krista Allen) at the cliff house. But Steffy Forrester Finnegan (Jacqueline MacInnes Wood) urged Hope to speak her mind, and she did.

Hope is very concerned about her mother. That is a reasonable feeling, considering the relapse reveal. However, Hope has no idea that Sheila Carter (Kimberlin Brown), not Taylor, is the real threat.

Sheila had the bald-faced audacity to provide Brooke Logan Forrester (Katherine Kelly Lang) with alcohol. The act was justified as a retaliation for the threat Brooke recently made.

As devoted viewers recall, Brooke told Sheila that she would not allow her to remain in contact with John Finn Finnegan (Tanner Novlan), Steffy, or their son, Hayes Forrester Finnegan (Samantha Worden and Piper Harriet). Brooke’s impulse comments were a mistake because of her familiarity with Sheila.

If someone did not know the players, it would be reasonable to believe that Brooke was Finn or Steffy’s biological mother and Hayes’ grandmother. She is neither. Sheila was provoked and because she is unbalanced, as Brooke knows, Brown’s character responded with a vengeance.

Steffy is very assertive when it comes to family matters. She believes in being direct like Brooke was years ago.

Taylor once held Brooke fully responsible for taking Ridge Forrester (Thorsten Kaye) from her. While Allen’s character never reversed that stance, she has taken a noticeably different approach to reality since returning from missionary work in Africa.

Brooke noticed Taylor’s revamped demeanor. Hope has as well. Mother and daughter are united in their belief that Taylor threatens the stability of Brooke and Ridge’s marriage.

While they are not wrong, Sheila is the person who ignited a problem that potentially could send Ridge back to Taylor.

Hope believes that Taylor will try to take advantage of the trouble Brooke is experiencing in her life. The relapse Brooke suffered is not likely to be resolved quickly, which means that she will need Ridge’s unwavering support.

Steffy and Taylor will see Hope’s comments differently once they become fully aware of the storyline Brooke has been written into. It includes Sheila’s referenced dirty trick and Deacon Sharpe’s (Sean Kanan) enabling and lips Brooke kissed.