The Bold And The Beautiful Spoilers: Brooke Floats In Space – All is Not Lost With Ridge 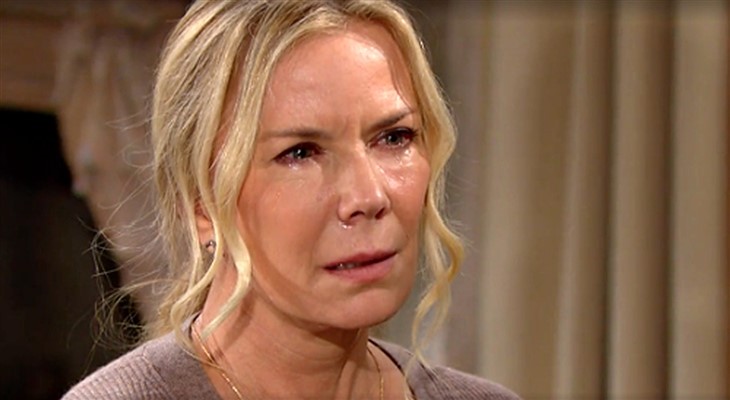 The Bold and the Beautiful spoilers document that Brooke Logan (Katherine Kelly Lang) was resigned in believing her marriage was over. She knows Ridge Forrester (Thorsten Kaye) loves her, and he cedes that point freely. That makes his decision to have secured her agreement to annul their marriage baffling.

Anyone would be floating in space with Brooke if they shared her recent experience. She was apologetic about her New Year’s Eve incident with Deacon Sharpe (Sean Kanan) and remained patient until Ridge got over that betrayal.

What happened since January made Ridge’s out-of-the-blue turn to Taylor Hayes (Krista Allen) inexplicable. Yet, he followed through, reinforcing his choice at the beautiful location setting in Aspen, Colorado.

The Bold And The Beautiful Spoilers – Taylor Hayes Embraces Her Destiny

Brooke has long selected the noun, destiny, when describing her mystical connection with Ridge. But Taylor believes that whatever Lang’s character had with Ridge is not something that can be defined in the present tense.

Ridge does care about Taylor. But he is not passionate about her. Instead, his demeanor is a blend of fondness and yesterday.

Taylor is the mother of three of Ridge’s children. She is also a stalwart supporter and that has bolstered Ridge’s ego since Taylor returned from her missionary work in Africa.

Ridge has a son with Brooke, the rarely referenced Ridge Forrester Junior (Anthony Turpel). Hardcore fans noted that RJ was barely mentioned in recent months. That was an arguable mistake, as the only child his parents share would naturally be concerned or even return home to see if he could help.

Thomas is the child who has given Ridge an increasing amount of gray hair. Taylor is a psychiatrist. While she is shown in her workplace setting, the professional aspect of Allen’s character has not been overly mined where Thomas is concerned. That could be cited as a plot blemish.

What Thomas did to Ridge, in manipulating his view of reality, is wrong by any measure of morality. Thomas’ eventual reveal as the villain implies that a mega break from Ridge will result.

While she did sign the annulment papers, Brooke retains a feeling. She senses that Thomas was involved in creating Ridge’s strange choice to seek an annulment. With that, Brooke is harboring a modest hope that a turnaround is possible.

Ridge and Taylor’s remarriage is happening. A break from Taylor and a return to Brooke would be less likely if that reunion happens.

But this is daytime. So, Ridge tells Taylor he made a mistake and seeking Brooke’s forgiveness and remarriage is possible. Yet, Brooke could accept that outcome if Thomas’ scheme is exposed on B&B?