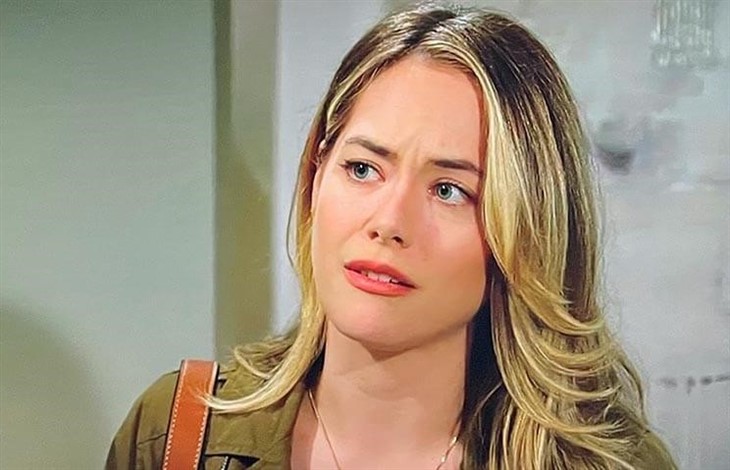 The Bold and the Beautiful spoilers document that Hope Spencer (Annika Noelle) thought everything was going well. That is why she will be shocked when Thomas Forrester (Matthew Atkinson) tells her he wants his biological son, Douglas Forrester (Django Ferri), whom he had with Caroline Spencer (Linsey Godfrey) to once again live with him full-time.

A good deal of soap time has passed since Thomas was kissing a mannequin that looked like Hope in his friend’s, the late Vincent Walker’s (Joe Lo Cicero) apartment. That memorable story line reinforced why Thomas was not capable of being a stable parent. But he appears to be better now.

The Bold And The Beautiful Spoilers – Kudos To Henry Joseph Samiri

Thomas and Douglas returned to Los Angeles, California due to Caroline’s sudden death. B&B went in a different direction with Thomas and slightly SORAS’d his son, who became a prominent part of subsequent story lines involving his dad.

Samiri proved to be a great child actor. All fans wish him the best in his continuing career.

Thomas became obsessed with Hope. However, he picked her to be a new mother to his son because of how much he loved Douglas.

Thomas and Hope’s relationship was strained at times because of Thomas’ erratic behavior and his stormy interactions with her husband, Liam Spencer (Scott Clifton). But the jealousy Thomas exhibited toward Liam greatly dissipated when he realized that Clifton’s character loves Douglas and became the father figure his son needed, while Atkinson’s character was not able to function.

The Bold And The Beautiful Spoilers – Hope Spencer Acknowledges Growth?

It could be that Hope eventually recognizes that Thomas’ stabilization is driving his desire to be a full-time parent to Douglas once more. But her protective instincts and awareness of recent history will naturally give Hope pause, with Liam also offering his take on the matter.

A reasonable accommodation would seem to be some form of custody share rather than immediately agreeing to what amounts to a request. Hope has shared legal custody per Thomas’ past urging. But he has retained shared rights.

The coming story line builds on known history. That, along with the excellence of existing cast members and the addition of Ferri, project to good soap starting in mid-August on B&B.

Sister Wives Spoilers: Christine Gets Candid About Why She Left