Sister Wives Spoilers: Christine Gets Candid About Why She Left 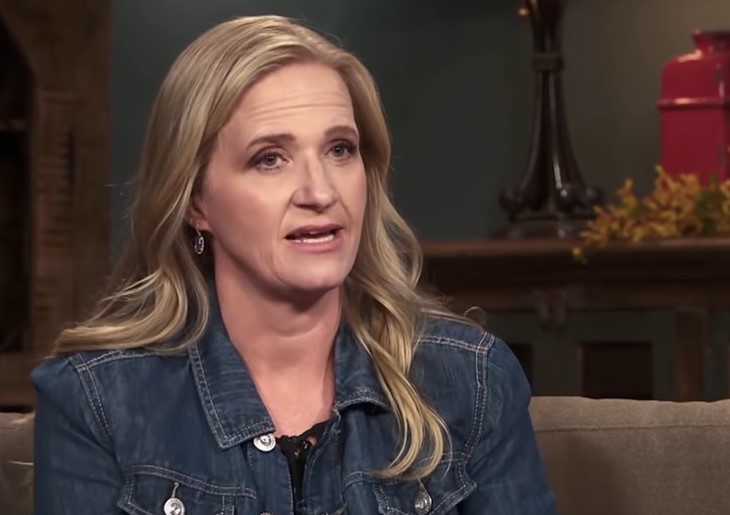 Sister Wives spoilers reveal that Christine is about to get candid with viewers about exactly why she left the plural marriage.

According to Entertainment Tonight, the Season 17 trailer is going to get into the nuts and the bolts of Christine’s dramatic decision to leave her marriage to Kody Brown in the dust. Read on and we’ll fill you in on the details.

The trailer, which was released Monday, August 8, sees Christine speaking frankly about her decision to leave Kody and his other wives. Kody loses his temper bringing his wives to tears. “I feel like to Kody, Robyn’s more important,” Christine explains in a new trailer, saying it was “heartbreaking being [Kody’s] wife for years.”

Christine ended her 25-year marriage to Kody in November 2021 – while, as the show is filmed earlier, fans were just seeing the relationship begin to crumble. The show is now picking up where it left off at the end of Season 16. It is set to debut Sunday, September 11 at 9 PM CST on TLC.

The entire 17th season of Sister Wives looks to be centered around the dramatic divorce and According to Us Weekly, it’s not going to rest well with some. Speaking to each of his wives, Kody, 52, says, “My heart is broken.”

Later on, we see him twist off as he yells, “Just the knife in the kidneys after all these years,” seemingly placing the onus on Christine for some heretofore unknown betrayal. “The sacrifices that I’ve made to love you.”

Standing with her husband on the issue, Meri Brown also seems perturbed at Christine’s decision to split. “I felt like Christine was more than a sister wife,” the 51-year-old TLC personality said, seemingly holding back tears. “I felt like she was a friend for a lot of years.”

Variety notes that, in the trailer, Kody also looks to be questioning the overall family dynamics. In his interview, the Brown patriarch notes, “The message that [the Brown family] had to the world about functional polygamy seems so dysfunctional now.”

It appears that Kody is going to try and blame all of his marital problems on Christine, failing to take any of the onus for the crumbling plural marriage. Though Meri seems to be taking it hard, the younger of Kody’s wives, Robyn encourages her to stick it out, saying, “Hang on with me, OK?” adding, “We have to rebuild.”

Be sure to catch episode 1 of Sister Wives Season 17, Sunday, September 11 at 9 PM CST on TLC. Return here often for more spoilers, news, and updates.