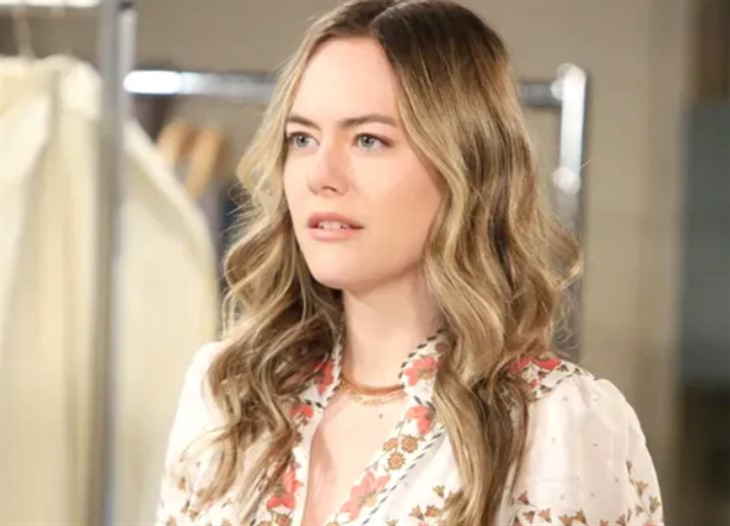 While Thomas and Caroline were not romantically tied, all was going well while they were raising Douglas off-screen. Her death and the return of Thomas and Douglas to Los Angeles, California, were part of dual recast debuts for Atkinson and Samiri.

It has been a while in real and soap time since Thomas got his head on straight. He went from thinking a mannequin was Hope to apparently settling his mind.

The Bold And The Beautiful Spoilers – Enough Time Has Passed In LA?

Teasers indicate that Thomas will shock Hope by telling her he wants Douglas to live with him full-time. That out-of-the-blue request will prove shocking.

Hope’s reaction will make her wonder why Thomas believes that type of change would be good for Douglas. He has been thriving while living in the cabin with her, Liam Spencer (Scott Clifton), and Beth Spencer (Madeline Valdez and River Davidson).

Disrupting Douglas’ routine is only one issue, as Hope will likely wonder if agreeing to relinquish total control to Thomas is wise considering the multiple times he has faced mental health issues.

Douglas is Thomas’ child, not Hope’s. Noelle’s character also has her biological child in Beth.

Hope has a stable family structure and lives on her mother’s property, which allows her access to additional support. But one could see Hope’s life as comfortable and Thomas’ request as disrupting that, rather than just Douglas’ world.

The law in this version of California is fluid, as viewers have often seen through the years. So, no one can predict how the system would rule on Thomas’ request or any counter Hope might legally pursue.

The Bold And The Beautiful Spoilers – Douglas Forrester Weighs In

The writing staff has utilized Samiri’s talent since he joined the cast. This child actor ranks with the best in recent memory.

Douglas played a prominent role in announcing that Beth was alive in the form of a girl who was being called Phoebe Forrester. Douglas helped drop the hammer on his father’s use of then fiance, Zoe Buckingham (Kiara Barnes), in the plan to get Hope to marry him. Samiri’s character also reported that Santa (Deacon Sharpe, Sean Kanana) was kissing his grandmom, Brooke Logan Forrester (Katherine Kelly Lang).

So, considering this young man’s history, fans may believe that Douglas will weigh into whatever decision his parents may make.

B&B Spoilers: Will Taylor Admit That Liam Is Bill’s Shooter