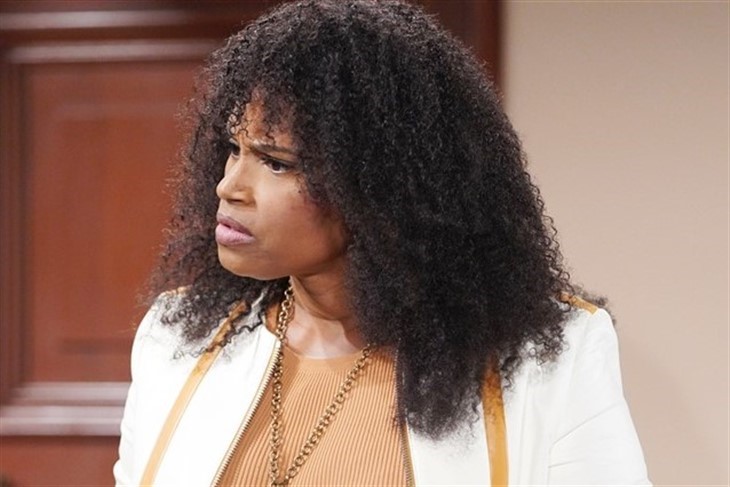 Viewers of The Bold and The Beautiful know that Mama Bear’s claws have been out against Carter even before she saw him kissing Paris Buckingham (Diamond White)! Viewers of The Bold and The Beautiful will recall that Carter was previously engaged to Paris’ older sister Zoe Buckingham (Kiara Barnes) and he had a one night stand with Quinn Forrester (Rena Sofer) Zoe found out about.

Zoe left Los Angeles and moved overseas to run a Forrester office there, and Carter was lucky to keep his job when the truth of the affair came out. Eric and Ridge Forrester (John McCook, Thorsten Kaye) both threatened to fire him and Grace is threatening to tell them about his going after Paris! Viewers of The Bold and The Beautiful know that In truth, he is not – it’s the other way around and Paris is going after him, but Grace will never believe it!

After seeing what happened with Zoe, Grace doesn’t believe that Carter has even a shred of loyalty or morality, and she blames Carter for breaking up Paris and Zende Dominguez, (Delon de Metz) who Grace thinks is Mr. Perfect! Grace even talked to Zende, wanting to know what went wrong between him and Paris, and he could offer nothing except that Paris said she wasn’t ready to settle down. To Grace, she’s doing a public service to the Forresters if she exposes Carter for the snake she thinks he is, but she is only spinning it one way -hers!

Viewers of The Bold and The Beautiful will see that although Grace is off base about some of her accusations, Carter knows there’s also some truth behind some of them. Viewers of The Bold and The Beautiful will recall that Paris and Carter are into each other, and it could become very serious-the attraction between them is very strong. This is the truth that Carter needs to deal with – but he and Paris are not far enough along to say it’s forever; Carter likes everything about Paris! But Grace is determined to put an end to any future he may have with Paris, who he knows is a good person, and is blackmailing him with firing to boot! If Grace tells what she saw between him and Paris with her spin on it, not only will it hurt Carter, it will hurt Paris too, which he wants to avoid!