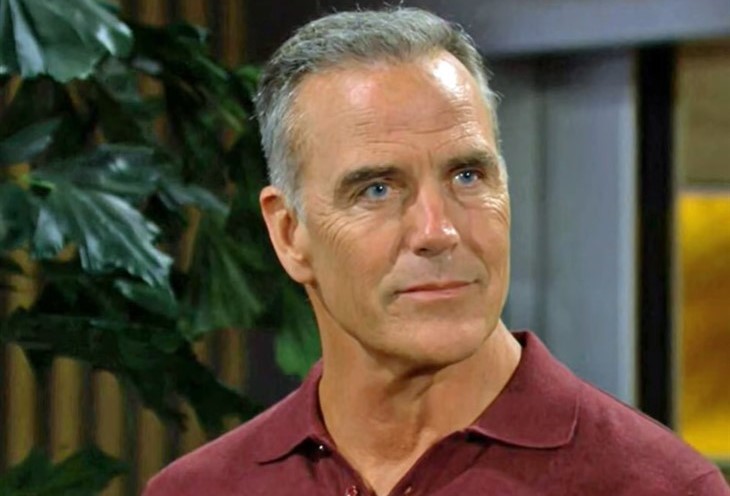 The Young and the Restless (Y&R) spoilers reveal that Ashland Locke (Robert Newman) is cornered about his connection to the Peru cancer clinic. Victor Newman (Eric Braeden) thinks that he will finally expose Ashland. However, the professional con artist has already prepared a lie ahead of time. How will Victor react to Ashland’s perfectly polished explanation and what happens next?

The Young And The Restless Spoilers -Michael Baldwin’s Peru Discovery

During the week of February 7, Victor will confront Ashland about what he found out about the cancer center in Peru. Victor probably thinks that he has Ashland right where he wants him. Victor expects that Ashland will come up with a clever lie.

The Young And The Restless Spoilers – Perfectly Polished Explanation

The Young and the Restless spoilers reveal that Victor isn’t prepared for Ashland’s explanation. It seems so perfectly polished that it must have been thought up quite some time ago. Spoilers imply that Ashland doesn’t hesitate or stammer at all, suggesting it was rehearsed and perfected ahead of time.

“Victor Newman can spot a con a mile away. His intuition is telling him that there’s more to this story because Ashland’s explanation is too polished.”

Y&R Spoilers – The Next Step

So, what is Victor’s next step? Well, Victor decides to keep playing Ashland’s game. Victor doesn’t reveal how he knows about the Peruvian connection. Victor also pushes Michael to dig even deeper while he’s in Peru.

“Victor will play his cards close to the vest and not reveal his concerns to Ashland but have Michael ramp up his investigation in Peru.”

Even though Victor plays dumb, don’t expect Ashland to be convinced of that. Ashland has been able to con people for so many decades because he’s a master at it. Ashland is also a master at seeing through people and reading between the lines.

Ashland has already been concerned, so he will step it up to protect his scheme until he accomplishes his goal. With Victor and Ashland both meeting their match in each other, which man will win? Will Victoria Newman-Locke (Amelia Heinle) finally wake up or has she been secretly playing Ashland all along? Share your thoughts on this storyline and remember to keep watching the CBS soap to see what happens next.