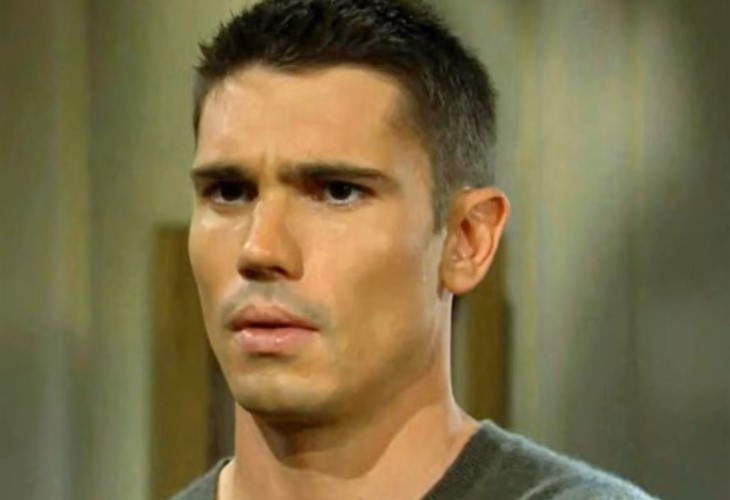 The Bold and the Beautiful (B&B) spoilers reveal that there should be a funeral for John “Finn” Finnegan (formerly played by Tanner Novlan). Steffy Forrester Finnegan (Jacqueline MacInnes Wood) will look to Li Finnegan (Naomi Matsuda) for closure. However, Li could make some comments that indicate there is yet another twist in this storyline.

The Bold And The Beautiful Spoilers – Steffy Forrester Finnegan’s Closure

B&B spoilers reveal that Steffy will be looking for closure as she continues to mourn. Steffy thought she would spend the rest of her life with Finn. The couple was supposed to raise a family together. Steffy never imagined that she would deal with losing Finn, especially so soon.

There is also the fact that Finn was killed by his own birth mother. Steffy always knew that Sheila being part of their lives would end badly. However, Steffy never imagined that Sheila would be responsible for Finn’s death.

During the week of May 23, Steffy will look to Li for answers on how she can get closure. Steffy calls Li and tells her that Finn’s killer has been arrested. Steffy will share the story about what led to Finn’s death. Expect Li to pay a visit to Steffy so they can talk about Finn. However, it is also teased that Li will share a secret with Steffy.

What is interesting is that Li told Sheila she would be taking care of Finn. However, no funeral arrangements have been mentioned. So, we have to wonder if Li’s secret has to do with Finn.

The Bold And The Beautiful Spoilers – Sheila Carter’s Promise

The Bold and the Beautiful spoilers reveal that Sheila told Steffy, Taylor Hayes (Krista Allen), and Ridge Forrester (Thorsten Kaye) that they hadn’t seen the last of her. Sheila made a similar statement to Brooke Logan Forrester (Katherine Kelly Lang). Then, the official Twitter account for B&B teased that Sheila never breaks a promise.

Plus, actress Kimberlin Brown hinted that she would be returning to the set and asked fans what’s next for Sheila. All of these clues seem to suggest that Sheila isn’t going to prison for the rest of her life.

The only way we can see Sheila avoiding prison is if Finn turns out to be alive. Could Li make some bizarre and vague statements to Steffy that lead to Finn being alive?

What do you think Li’s secret is and what does it mean for Steffy’s future? How will Sheila avoid prison time? Do you think Finn could actually still be alive and in hiding? Share your thoughts and remember to keep watching the CBS soap to see what happens next/