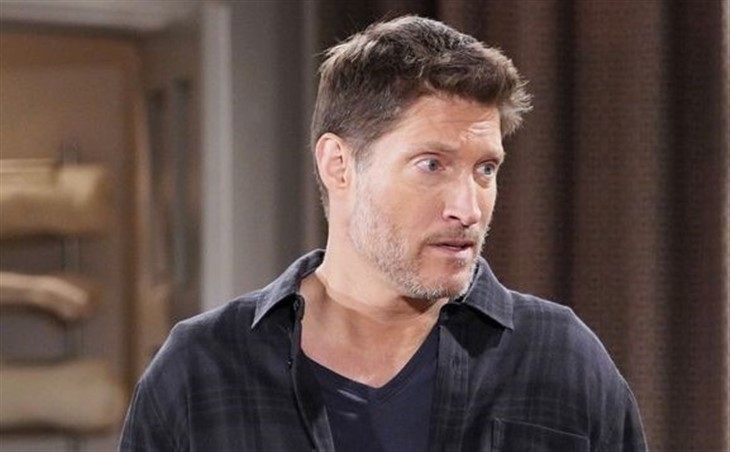 The Bold and The Beautiful (B&B) spoilers and updates tease in this week’s Soap Opera Digest that Deacon Sharpe’s (Sean Kanan) given a second chance to prove himself. As a result, Nikki Newman (Melody Thomas Scott) goes home to Genoa City with some great ammunition against Diane Jenkins (Susan Walters).

The Bold And The Beautiful Spoilers – Nikki Newman’s Mission

Nikki has traveled to Los Angeles with a two-fold mission: to get a wedding dress designed by Forrester Creations for Summer Newman Abbott (Allison Lanier) and meet with Deacon. Deacon is surprised to see Nikki, and it puts him in a catch 22 with hiding Sheila Carter (Kimberlin Brown) at his place and Nikki demanding dirt on Diane. Either way Deacon goes he’s getting slammed and when he met Nikki at her hotel room in Los Angeles, she lambasted him over his past actions.

Nikki was furious that Deacon had let her think that she’s killed Diane years ago, and couldn’t believe that he’d stooped that low. Nikki told him he had no choice but to help her get revenge on Diane, and he told her to meet him at Il Giardino to give her ammunition.

B & B Spoilers – Deacon Sharpe Is Moved

It’s been a good many years since Deacon and Nikki had been together, and Deacon is moved by Nikki’s story, and he wants to help her. Viewers know that Deacon’s been trying desperately to stay on the straight and narrow because of his daughter Hope Spencer (Annika Noelle) but has had some bumps on the road lately. Sean Kanan notes in the Soap Opera Digest article that Deacon is more of a good person than a bad person deep inside, he wants to do the right thing. He tries sweet talking Nikki but she’s having none of that; she makes it clear she’s calling the shots and he apologizes profusely for his past actions. That is when he tells her to meet him at his job because he has something on Diane there and Nikki agrees.

The Bold And The Beautiful Spoilers – Locked And Loaded

Nikki still isn’t one hundred percent sure she can trust Deacon after their fraught history, but still she leaves Los Angeles locked and loaded with ammunition against Diane. It’s ammunition that she is sure can rid her and Genoa City of Diane Jenkins for good, so it’s something that’s a doozy. Nikki heads back after getting Deacon’s ammo and Summer’s wedding dress relishing the look on Diane’s face when the past hits the fan.

She’ll likely be sure to have a celebration with her partners in conspiracy, Phyllis Summers (Michelle Stafford) and possibly Ashley Abbott (Eileen Davidson) if she’s in town. It was well worth having to deal with Deacon if his ammunition is as good as she thinks it is.