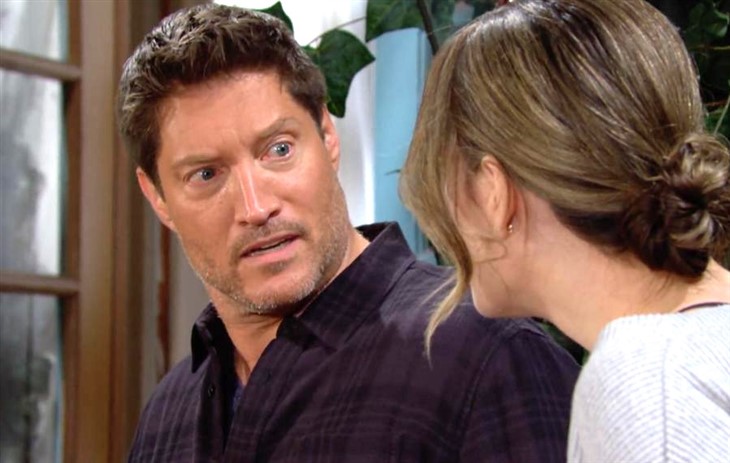 The Bold and the Beautiful (B&B) spoilers document that Deacon Sharpe (Sean Kanan) made a terrible mistake when he did not turn Sheila Carter (Kimberlin Brown) into the police. He justified his actions by rationalizing his parole obligations.

Deacon allowed Sheila to remain in his apartment, which is on the Il Giardino property. That meant he willingly enabled a fugitive, who should be in a federal facility, to remain free.

Pretending that he did not know about John Finn Finnegan’s (Tanner Novlan) survival was a third strike. That reactionary lie, offered in front of Hope Spencer (Annika Noelle) and Brooke Logan Forrester (Katherine Kelly Lang), will likely jeopardize the bond with his daughter.

Hope stayed in touch with Deacon when he was in jail. Hardcore viewers recall that Kanan’s character attempted to kill Quin Fuller (Rena Sofer), who previously tried to kill him.

Noelle’s character did not tell anyone, including her mother or Liam Spencer (Scott Clifton), that she was exchanging written correspondence with Deacon. He had her letters in his knapsack when arriving at the cabin following his release.

The initial reaction to Deacon’s arrival and Hope’s revealed contact with him was not good. Except for the New Year’s Eve incident with Brooke, Deacon has been a good citizen.

Deacon allowed a connection with Sheila because he felt sorry for her. She was persistent in pushing a so-called friendship.

In reality, Sheila had no friend alternatives. Mike Guthrie’s (Ken Hanes) reappearance followed months after Sheila sat down aside Deacon at Il Giardino’s bar in what proved to be a fateful connection.

Hopefully, Kanan’s character is not in the process of being written to the end of a stint. He is a great actor whose presence on this show is valued by all fans of the genre.

Brooke allowed Hope to take a photo of herself, Deacon, and Brooke. If she did so years ago with a Kodak, no instant reaction in Monaco would have been possible.

But today’s digital cameras are designed to share photos through the internet so that loved ones and strangers can see them and respond. Well, Ridge Forrester’s (Thorsten Kaye) response included the lack of context that modern methods enable.

Ridge’s subsequent kiss with Taylor happened because he was reacting, once again, to Brooke’s perceived betrayal of him. The consequences of what should be a mini drama will follow on B&B.

The Bold And The Beautiful Spoilers: Finn Reconnects With Mom