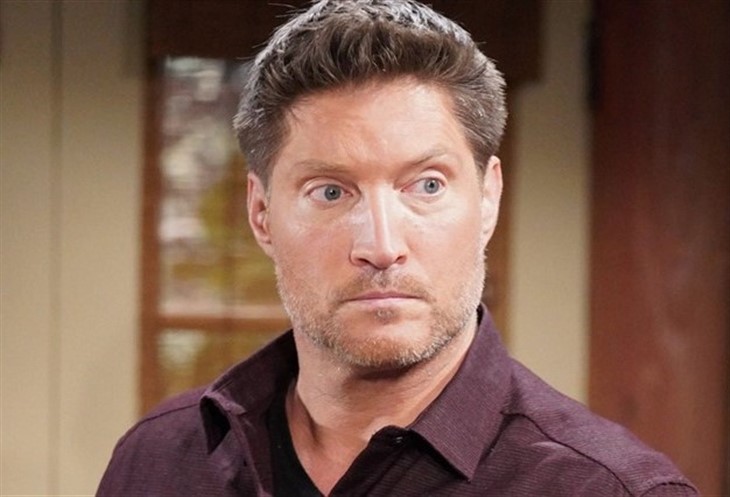 The Bold and the Beautiful spoilers document that Sheila Carter (Kimberlin Brown) is telling her supposed friend, Deacon Sharpe (Sean Kanan), that he has a clear path to Brooke Logan Forrester (Katherine Kelly Lang). He does not know the full role Sheila played in clearing the decks for him, though that was hardly her intention.

Meanwhile, Sheila is also encouraging Taylor Hayes (Krista Allen) to fully reconcile with Ridge Forrester (Thorsten Kaye). Sheila is grateful to Taylor for the opportunity she facilitated. Doing so allowed a Christmas Eve opening that would not have existed otherwise.

Sheila wants to get back at Brooke. So, it makes sense that she wants Taylor to be with Ridge. But why would Sheila be telling Deacon to go after Brooke if she wants the worst for Lang’s character?

Sheila had next to nothing to work with. But she made something out of the thin, crisp winter air in Los Angeles, California.

Ridge believes that his wife’s fall off the wagon was either provoked by Deacon’s return to her life or that her one-time scandalous flame intentionally provided her with alcohol to take advantage of the situation.

Of course, Ridge’s theory falls apart when reviewed in the light of daytime. Deacon did nothing wrong after Brooke fell nearly unconscious. That would have been the time a scoundrel would have struck.

In the last few months, Deacon was released from prison, reconciled with his daughter, formed a friendship with Brooke. He also kissed Brooke on more than one occasion and said he loved her.

But Deacon was also put into a position by someone he thinks he has held at bay. Little does Deacon know that Sheila was exacting a revenge scheme hard behind the scenes.

The beating Ridge and Deacon applied to each other could have cost Kanan’s character his job and place to live. Somehow that did not happen.

It would seem most believable for Brooke to tell Deacon that they are not going to be a couple, even if Ridge divorces her. But if Deacon can maintain proximity, through ongoing contact with Hope Spencer (Annika Noelle), then Brooke might wear down.

Brooke found Deacon to be attractive years ago. She is fond of him now. All he needs is time, with fans wondering how long Sheila will be able to refrain from bragging about the details of her plan that worked far better than imagined on B&B.

General Hospital: Who Is Betsy Frank?