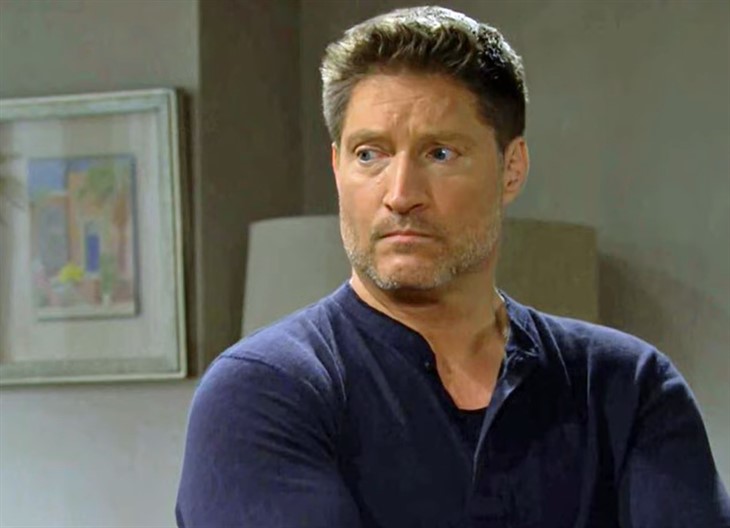 The Bold and the Beautiful (B&B) spoilers document that Deacon Sharpe (Sean Kanan) has a specific purpose in Los Angeles, California, as long as Sheila Carter (Kimberlin Brown) remains a threat. Unless he suffers the same fate as her son, John Finn Finnegan (Tanner Novlan), Deacon is the leading candidate to learn Sheila shot Finn and Steffy Forrester Finnegan (Jacqueline MacInnes Wood).

Teasers indicate that the soapy walls could soon be closing in on Sheila, as Steffy’s memory clears. Assuming that Deacon survives, he may be the person who reports her crimes.

But Deacon’s name has curiously been introduced into dialogue heard on sister show, The Young and the Restless in recent weeks. Diane Jenkins (Susan Walters) revealed that he helped to fake her murder years ago. That makes both characters guilty of crimes that should be prosecuted in Genoa City, Wisconsin.

The Bold And The Beautiful Spoilers – Brooke Logan Forrester Factor

There is no doubt that part of Kanan’s main story line is tied to Sheila. So, whether he learns what she did and becomes a central figure in reporting her crimes in LA, Deacon may have more pressing matters to handle in the Midwestern part of the United States.

It is plausible to believe Brooke Logan Forrester (Katherine Kelly Lang) could turn to Deacon if Ridge Forrester (Thorsten Kaye) makes a marital decision. Ridge told Brooke he is not capable of focusing on the issues that caused their separation.

While Steffy is getting better physically, her mental recovery will take longer. Ridge and Taylor Hayes (Krista Allen) are expected to remain with Steffy at the cliff house during that process. That means the bond between Ridge and Taylor will strengthen, which creates an opportunity for Deacon with Brooke that B&B’s writing staff can use to keep Kanan’s character on the show.

Victor Newman (Eric Braeden) is a vengeful man. Deacon ran afoul of him when cavorting with Nikki Newman (Melody Thomas Scott) when she supposedly murdered Diane on Y&R.

Diane is teased to be arrested on an abandonment charge in the near future. That issue could enable a broader review of her other crimes.

The Bold And The Beautiful Spoilers – Deacon Sharpe In Genoa City?

Deacon was last seen in GC in early 2012. He would not want to leave Hope Spencer (Annika Noelle) after working hard to establish a relationship with her.

Eric Sharpe (as last played by Field Cate on B&B in 2003 and on Y&R in 2010) was last known to be staying with his grandparents. But this character could be seen on either show again, if he could further Deacon’s arc.

Kanan’s presence on either steamer has always been terrific. As for Deacon, he has a chance to create a decent life in LA. But viewers know that dark daytime clouds often prevent him from achieving seemingly reachable goals. So, a forced trip to GC may happen if he survives Sheila on B&B.