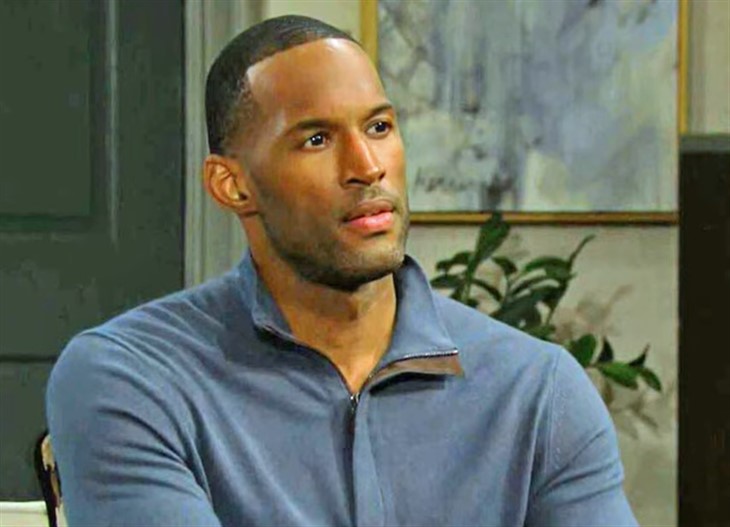 The Bold and the Beautiful (B&B) spoilers reveal that Paris Buckingham (Diamond White) refuses to give on Carter Walton (Lawrence Saint-Victor). While Carter is trying to forget Paris, that might be easier said than done. Could Carter suddenly have a change of heart? Maybe Carter will date Paris, but it could be a bold move to protect Quinn Forrester’s (Rena Sofer) marriage.

The Bold And The Beautiful Spoilers – Paris Buckingham’s Desire

B&B spoilers reveal that Carter pushed Paris back to Zende Forrester (Delon de Metz). However, Paris wasn’t content with that decision. Paris decided to tell Zende that she had an interest in Carter. Zende was hurt and shocked but told Paris that she should explore those feelings.

Paris immediately went to Carter and announced they could finally be together. However, Paris didn’t get the response from Carter that she wanted. Then, Paris made sure to mention to Carter that she sensed a connection with Quinn.

Quinn thinks that Carter can do better than Paris. Of course, Quinn also still has the hots for Carter. There is also the fact that Paris blew up the “Quarter” affair, which nearly ended Quinn’s marriage. So, Quinn’s stance might be more self-serving than it is about Carter’s best interests.

With that being said, Saint-Victor told Soap Opera Digest that Carter is trying to move on from Paris. However, the tone of the interview suggested that Carter might not be able to forget about Paris as easily as he would like.

The Bold And The Beautiful Spoilers – Carter Walton’s Concern

The Bold and the Beautiful spoilers reveal that during the week of May 23, Grace Buckingham (Cassandra Creech) will continue pushing Paris toward Zende However, Paris pushes right back. Plus, it is confirmed that Carter will admit to Quinn that he’s concerned about Paris interfering in her marriage.

If Carter really does care about Quinn, he might take drastic action to keep her marriage from blowing up. Carter might agree to date Paris but not because he wants to be with her. Carter might do it just to keep Paris from talking to Eric Forrester (John McCook) about what she “sensed” with “Quarter.”

Of course, nobody knows about Eric’s affair with Donna Logan (Jennifer Gareis) yet. So, Carter probably thinks he is doing the right thing. It sounds like this situation is going to get even more complicated than ever. Share your thoughts on what you think the future holds for Eric, Donna, Carter, Quinn, and Paris. Remember to keep watching the CBS soap to see what happens next.