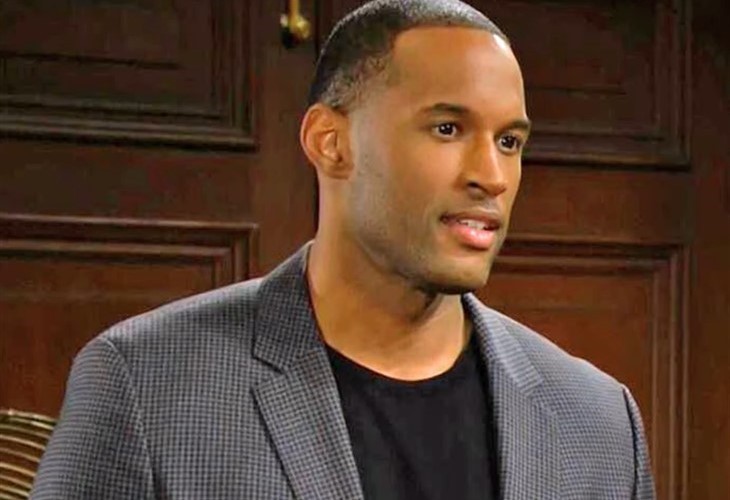 The Bold and the Beautiful (B&B) spoilers for Wednesday, June 22, 2022, reveal Carter getting a lecture from the King of Bad Decisions himself, Ridge Forrester.

The Bold And The Beautiful Spoilers – Will Carter Walton Rethink Things?

Ridge (Thorsten Kaye) has been amazed by some of the moves his buddy and lawyer, Carter Walton (Lawrence Saint-Victor), has taken over the last year. He proposed to Zoe Buckingham (Kiara Barnes) after about three dates, had an affair with Eric Forrester’s (John McCook) wife, Quinn Fuller Forrester (Rena Sofer), declared his love for her, and then lost her to Eric anyway.

Then, he took up with Paris Buckingham (Diamond White) despite her dating Zende Forrester (Delon De Metz) and despite her being yet another Forrester employee. He was stunned when Grace Buckingham (Cassandra Creech) decided to bring a sexual harassment complaint against Carter when she doesn’t even work for Forrester Creations and now he learns that Carter went and proposed to Zoe.

While Ridge does not have a leg to stand on when it comes to bouncing back and forth between women, he decides it’s time to see what is really going on in his friend’s head and chew him out for all this nonsense. Will Carter take what Ridge is saying to heart or will this prompt him to do something even dumber? If only either one of them knew what Quinn is about to discover later this week. Quinn won’t be able to believe it herself.

We guess all that hemming and hawing that she was just too young to get married when Grace tried to push her towards wedding Zende was all a lie because Paris was quick to say yes to Carter’s proposal and flaunts that ring that wasn’t his to give her around her mother. Hey, why not cause trouble almost immediately, right?

Grace is understandably both stunned and horrified. She did everything she could to keep Carter away from her younger daughter and it just didn’t work. Little does he know how relentless Paris can be. But is there another reason we do not know about that makes Grace so against Carter being her son-in-law. Enquiring soap fan minds want to know. Might it have anything to do with big sister Zoe? Stay tuned to The Bold and the Beautiful weekdays to see how these stories play out.