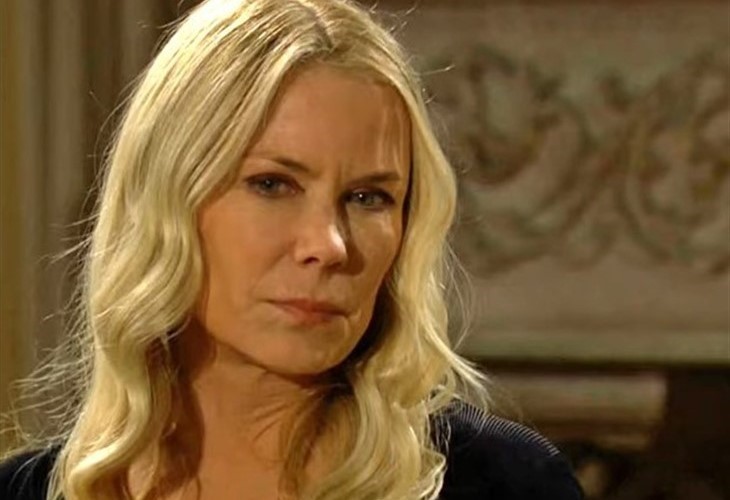 The Bold and the Beautiful (B&B) spoilers reveal that Brooke Logan Forrester (Katherine Kelly Lang) finally gets answers. Ridge Forrester (Thorsten Kaye) tells Brooke that her relapse was set up by Sheila Carter (Kimberlin Brown). Of course, Brooke wants Ridge to come home. However, Ridge tells Brooke that he still needs more time to think about it.

The Bold And The Beautiful Spoilers – Sheila Carter’s Admission

B&B spoilers reveal that Sheila has finally been exposed. However, Sheila used everything in her power to excuse her killer actions. When Taylor Hayes (Krista Allen) was no longer defending Sheila, she used saving the psychiatrist’s life as her way out.

Once Sheila admitted to tricking Brooke into relapsing, Ridge knew he had to let his wife know the truth. Ridge is aware of how tortured Brooke is by all the questions she has about that night. During the week of May 16, Ridge will tell Brooke what he discovered about New Year’s Eve.

Even though Brooke finally has answers, she knows that it doesn’t excuse her other behavior. Brooke realizes that she still kissed Deacon Sharpe (Sean Kanan) and allowed him to spend the night. So, while Sheila can be blamed for Brooke’s relapse, she can’t be held accountable for what happened with Deacon.

The Bold And The Beautiful Spoilers – Brooke Logan Forrester’s Begging

The Bold and the Beautiful spoilers reveal that Brooke will still insist on reuniting with her husband. According to Lang’s interview with Soap Opera Digest, Brooke basically begs Ridge to please come home. Brooke is optimistic that they can work out all of their issues but that they need to get back together.

Even though Ridge still loves Brooke and knows the drinking wasn’t her fault, the damage has been done. Ridge doesn’t tell Brooke no but doesn’t say yes either. Ridge tells Brooke that he still needs more time to think about their relationship.

Even though Ridge refuses to come home, Brooke does get a small victory. Instead of Ridge staying with Steffy and Taylor, he agrees to move in with Eric Forrester (John McCook). Does this mean that “Bridge” is one step closer to reuniting?

It is teased that Ridge will really struggle with the love triangle. Ridge loves both Brooke and Taylor, so this won’t be an easy decision for him to make. So, we will have to keep watching the CBS soap to see how this story ends.

Y&R Spoilers: Allie And Crystal Like Noah – Triangle On Y&R?