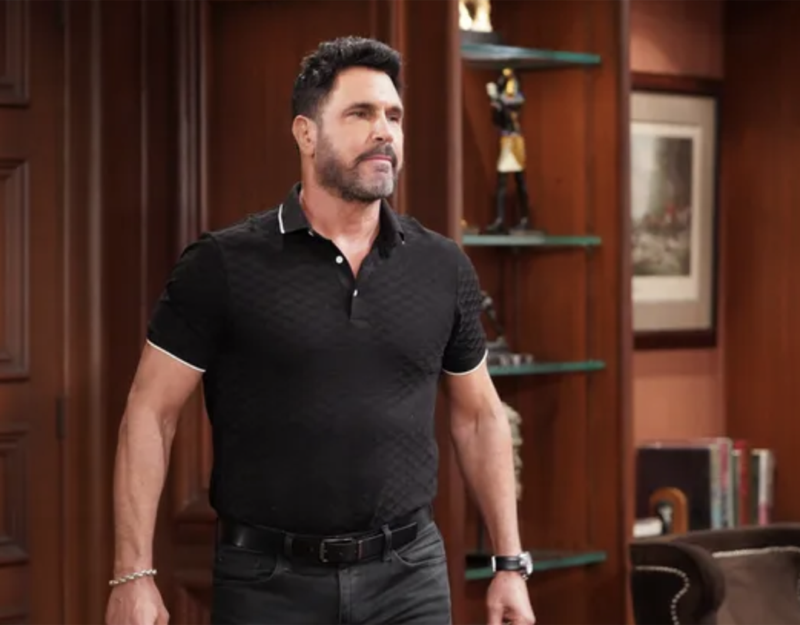 The Bold and the Beautiful (B&B) spoilers reveal that Bill Spencer (Don Diamont) is gearing up for a brand-new story. There are a lot of theories on what it could be, but it doesn’t seem to be tied to romance. All that has been confirmed is that Liam Spencer (Scott Clifton) and Wyatt Spencer (Darin Brooks) worry about their dad. Could Bill be headed for some kind of breakdown?

B&B spoilers reveal that Bill has done a lot of terrible things in his life. However, there is no question that he loves his family. Unfortunately, Bill still hasn’t been able to get Katie Logan (Heather Tom) back.

Bill also seems to be separated from his youngest son, Will Spencer (Finnegan George). Katie mentioned that she thinks Bill is a bad influence on Will, especially after his actions following Vincent “Vinny” Walker’s (formerly played by Joe LoCicero) suicide.

That’s not all that Bill has lost, either. Bill was betrayed by one of the few people he trusted, Justin Barber (Aaron D. Spears). Everything combined seems to be taking a toll on “Dollar Bill.”

Fans haven’t seen much of Bill but that’s about to change. Head writer and executive producer Bradley Bell told Soap Opera Digest that summer would have Bill featured in an unexpected storyline. The scribe didn’t make it sound like a romance though.

Plus, there are hints that Bill is being quiet and secretive, which will concern Liam and Wyatt. In fact, expect Wyatt and Liam to try to get Bill to open up. Of course, Bill might have a big mouth, but he knows how to keep things hidden when he wants to.

The Bold and the Beautiful spoilers reveal that Liam and Wyatt will be concerned about their father. Not only are they worried about what Bill is hiding but they know something is wrong. It is stated that Bill is having a difficult time coping with losing Katie, Will, and Justin.

The Bold and the Beautiful Spoilers: Mental Breakdown?

Of course, Bill is one of those macho men who like to pretend that nothing affects them emotionally. That is exactly why Liam and Wyatt should be so concerned, though. The more Bill stuffs his feelings down and pretends that everything is fine, the more chances of him exploding over something insignificant.

It’s possible that fans might see a different side to Bill. Perhaps Bill will go through some kind of breakdown or mental health storyline. Keep watching the CBS soap to find out what happens with Bill and share your thoughts on what could be coming up.

GH Spoilers: Anna Becomes a Target, Valentin Must Choose Between Her and Victor?