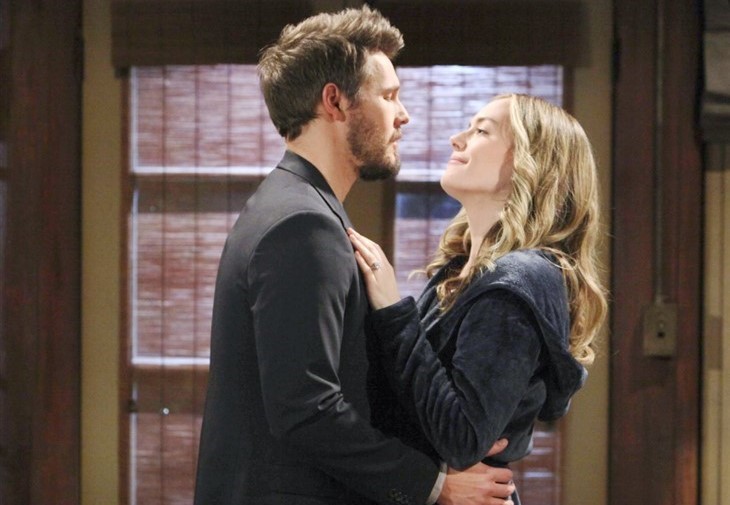 The Bold and the Beautiful (B&B) spoilers reveal that Hope Logan Spencer (Annika Noelle) races against the clock to clear her husband. She runs into some obstacles, such as not having proof of Vincent “Vinny” Walker’s (Joe LoCicero) suicide. However, she ultimately does manage to get Liam Spencer (Scott Clifton) released from prison. The actress discussed “Lope” reuniting.

The Bold And The Beautiful Spoilers – Thomas Forrester’s Bombshell

B&B spoilers reveal that Liam gets the news that he’s being transferred to another prison. This is something Hope doesn’t know about. However, Justin Barber (Aaron D. Spears) must have some idea but never said a word to Hope about it. Meanwhile, Hope rescues Thomas Forrester (Matthew Atkinson). That’s when Thomas tells her about Vinny’s suicide and plan to frame Liam.

B&B Spoilers – Racing Against The Clock

When Thomas and Hope arrive at the police station, Baker listens to their story. He needs to see Vinny’s video in which he admits to his suicide plan in order to frame Liam for murder. Thomas doesn’t have his phone, so that presents a problem. However, the situation becomes even more urgent when Hope is told about Liam’s transfer. He’s being loaded on the prison fan at that moment.

Hope realizes she needs some more time and the only way to get that is to create a distraction. It is teased that she does exactly that, then runs to get the proof that she needs to clear Liam.

The Bold and the Beautiful spoilers reveal that Baker ends up getting what he needs to confirm Thomas and Hope’s story. As a result, Liam isn’t transferred and his incarceration is reversed. Then, they get even better news from Baker. He informs them that Liam is being released, but on certain conditions.

“That’s when she runs into Liam’s arms and they have this big reunion. It’s a wonderful moment. It’s very different than their last reunion. After that, they get the news from Baker that Liam will actually be released, on certain terms. The fact that Liam is coming home means the world to both of them. After everything that has happened in the past year, Hope is beyond thrilled at the thought of finally, finally getting her family back.”

What do you think of Liam’s arrest storyline and Hope rescuing Thomas? Are you happy that “Lope” will be reunited? What do you expect to happen next with the couple? We will have to keep watching the CBS soap to find out what the future holds for these characters.