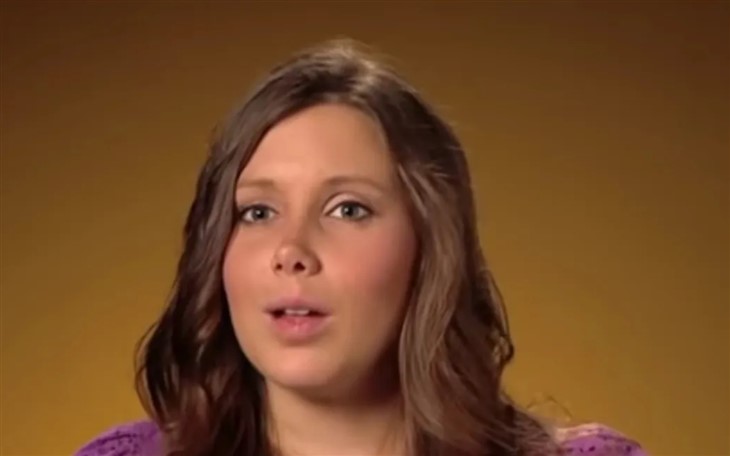 Nothing breaks a home more than infidelity, while the saying “once a cheat, always a cheat,” doesn’t exactly apply to every case but in the case of Josh Duggar?? Let’s just say it’s more or less correct.

What Anna meant to say by still sticking as Josh’s wife is, “If you think I’ll divorce my husband just because he’s a cheat or because he has in his possession child pornography, you’re gonna have to wait forever cause this lady ain’t going nowhere.”

Even before Josh Duggar was arrested on child pornography charges in April of 2021, his wife, Anna Duggar, had ample reason to leave him.

Josh already has a long history of predatory behavior, and he was involved in numerous sex scandals prior to his arrest. While Josh was still a teenager, Josh molested five young girls, four of whom were his sisters.

His parents helped him evade prosecution, and the family successfully kept the attacks under wraps for several years.

Josh Duggar – Even Used An Ashley Madison Account To Try And Cheat On Anna Duggar.

A former prostitute came forward and claimed that she was assaulted by Josh during a paid sexual encounter. The list goes on and on.

At first, we excused Anna for being in the dark because most of it happened before she met Josh, but now that she’s married to Josh and has had kids with him, we can no longer say she’s unaware of what’s going on. She’s not blind.

Although Divorce is specifically forbidden in the Duggars’ fundamentalist community, but with Josh’s endless list of unrepentant misconducts, she could almost certainly have received special permission to end the marriage for purposes of protecting herself and her children.

She didn’t do so, of course, and it looks like she has no intention of leaving her husband even now that he’s facing 20 years in prison. Although there were once rumors that Anna is finally considering divorcing Josh, they appear to have no real basis.

In fact, based on the letter that she wrote ahead of Josh’s sentencing hearing, Anna still believes that her husband is completely innocent.

“Joshua sees the best in people and is willing to walk alongside them to help make their dreams a reality,” Anna wrote. “I ask that you consider reuniting us as a family again soon.”

Insiders say Anna is convinced that Josh has been framed by the Biden administration and never would have been arrested if Donald Trump had been re-elected.

Claims like that might create the impression that Anna has been brainwashed by her in-laws, which is likely true. But it seems that she’s also received support from family members who have encouraged her to divorce Josh.

“Some of her relatives want her to, but it goes against everything in her being,” a source close to the situation tells In Touch.

The insider says that Anna “has thought about” leaving Josh, adding, “How could she not?”

“Obviously, no one would judge her if she did,” the source continues. “In fact, there’s been a lot of talk that she should seriously consider it.”

Sadly, Anna would be judged harshly by the Duggars, who have likely impressed upon her the idea that divorce is a sin that’s punished with eternal damnation.

“She thought he would turn his life around, that’s a core belief she shares with the Duggars and her religion,” the insider explained. “Ultimately, Josh failed her. He completely turned her life and that of their children’s lives upside down. But she’s not ready to walk away.”

“Failed her” is putting it quite mildly, but despite the horrors that she’s endured, it seems that Anna has decided to stick with Josh throughout his sentence, however long it might be.

Josh is scheduled to be sentenced on May 25. He could be imprisoned for up to 20 years.

Be sure to catch up on everything happening with Anna Duggar right now. Come back here often for all the Anna Duggar’s spoilers, news, and updates.