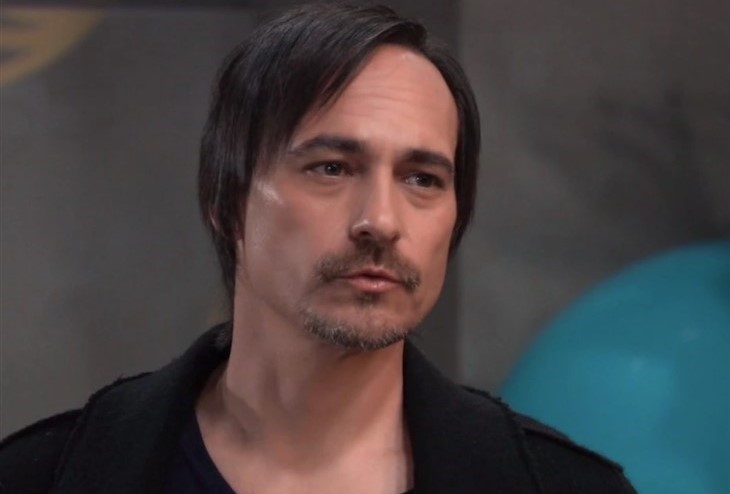 General Hospital spoilers tease that Brook Lynn Quartermaine (Amanda Setton) thought her life was finally getting back on track. Brook Lynn spent the last year or so raising Maxie Jones’ (Kirsten Storms) baby in order to hide the baby from the baby’s evil father, Peter August (Wes Ramsey). Although it was difficult to give the baby back to her mother, Brook Lynn did the right thing.

Brook Lynn can no longer sing thanks to a vicious attack by Nelle Benson (Chloe Lanier). But she still has her songbook and has been planning to possibly shop her songs around to other artists. But according to her former producer, Linc Brown (Dan Buran), Brook Lynn doesn’t own her own songs!

GH Spoilers – Linc Brown Is Like A Bad Penny!

Now Linc is once again skulking around Brook Lynn and Harrison Chase (Josh Swickard) after he heard Chase singing one of Brook Lynn’s songs. He got Brook Lynn and Chase alone and told them that he recognized the song and he looked forward to finding a buyer for it. He claims that any songs that Brook Lynn wrote while he was her manager that he still owns. He said he’s been shopping her songs around and has quite a bit of interest but won’t tell her who unless she signs with him again.

After everything Linc put Brook Lynn through before, there is no way she will sign with him again. She will speak to a lawyer and figure out her options. Unfortunately, Brook Lynn may have to give up the songs she wrote while working with Linc. But it may be worth it to get the man out of her hair once and for all. But one thing is for sure, Chase will be with her every step of the way!

Does Linc really own Brook Lynn’s songs? Will she sign with Linc once again? Or will she find a way to keep her songs and be rid of Linc?

Anything can happen in Port Charles so stay tuned to General Hospital airing weekdays on ABC. And don’t forget to check back right here regularly for all your General Hospital news, information, and spoilers!