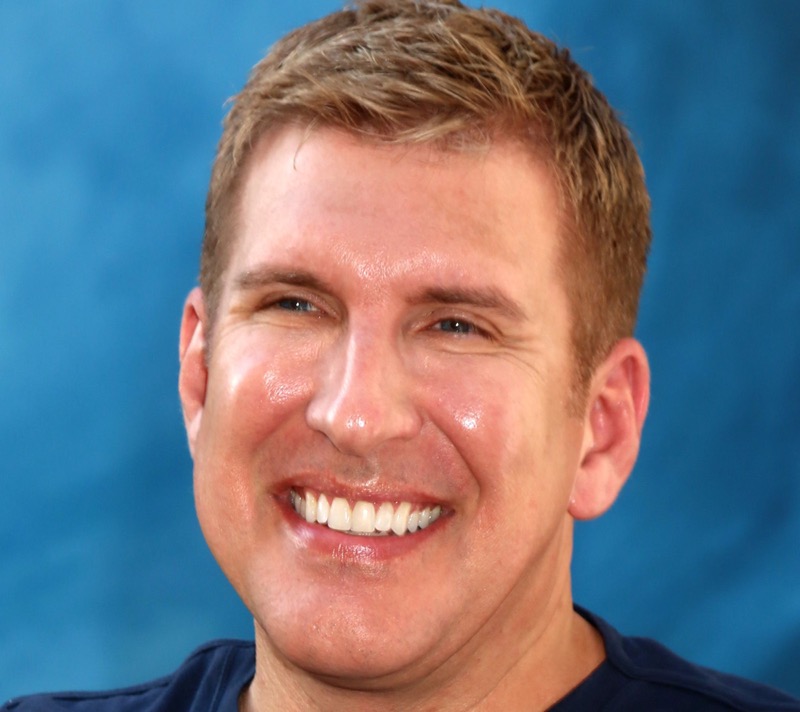 Todd Chrisley and his wife Julie were found guilty of multiple offenses relating to tax evasion and bank fraud. Well, he seemed genuinely shocked by his conviction and he intends to appeal. However, the chances of long prison sentences are high. Recently, he opened up on his podcast quite a lot. Now, he talked about Grayson Chisley, (16), who can’t deal with the negativity.

Todd Chrisley Takes The Heat But He Worries About Grayson

The fortunes of the USA Network cast took a massive downturn after the tax and fraud convictions this year. Actually, it’s possible that they might lose almost everything they own. Shortly after the trial, others started distancing themselves. For example, he started promoting Beckett’s Spirits non-alcoholic drink last year. However, the brand ambassadors were “terminated.” Mind you it’s not like he’dllpromote anything if he ends up in jail.

Whilst a lot of people scorn Todd Chrisley and Julie, many more of them worry about the kids, Grayson and Chloe. Until recently, Grayson always seems to be the quietest of the offspring. Tall and keen on baseball, he seemed rather retiring and more interested in life on the sports field than notoriety. However, he now knows that there’s a huge downside to being the son of a convicted celebrity. So, the Chrisley Knows Best patriarch worries about his “sensitive” son.

Todd Chrisley Talks About Grayson On His Podcast

Having restarted the Confessions podcast, Todd and Julie speak about the impact on their family. Naturally, they need to provide for Chloe and Grayson. Additionally, Nanny Faye, his mom is a concern. If you don’t know, she struggles with bladder cancer. In the podcast, it turns out that plenty of people love and support the family as they await their appeal and sentencing. However, a lot of nasty comments also roll in. And, it really troubles Grayson.

The Chrisley Knows Best star said that Grayson is a “sensitive” young man and he takes the trolling really hard. When InTouch Weekly wrote about it, Katie Joy of Without A Crystal Ball shared it on Instagram. Todd spoke about how he counseled Grayson to take no notice of trolls.

Actually, it can’t be easy for a young person to live with the fallout because of his parents’ behavior. Clearly, he loves his dad who often said the was his favorite out of Savannah and Chase.

USA Network critics Slam Todd For Not Thinking About The Kids

Actually, folks don’t really have the knives out for Grayson Chrisley. But, disappointment in the fall from grace does bring a lot of angry comments about Todd and Julie. Followers who commented, blamed Todd and his wife for not thinking about the impact on the family through their actions, While he denied the crime, they were convicted by a proper court. So, it’s okay to presume they are guilty.

One commenter said, “Maybe they shouldn’t have done crimes if they didn’t want their son’s feelings hurt.”

Similarly, another comment said, “They should have thought about their family before they committed this crime!”