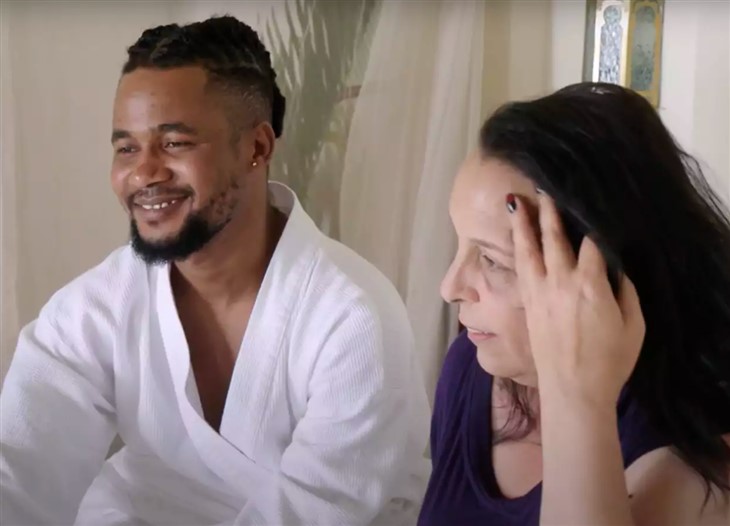 90 Day Fiancé” spoilers, news, and updates tease that Usman “Sojaboy” Umar finally gave in to Kim Menzies’ desire to sleep with him.

Usman Umar found Kim Menzies as his “potential” girlfriend after a year of talking to each other. The undesirable relationship he experienced with his ex-wife, Lisa “Baby Girl” Hamme, resulted in Usman’s difficulty to trust another woman again.

The Nigerian rapper invited the San Diego resident in Tanzania to be with him as he shot a music video for his song “Zara.” On the other hand, Kim tried to win Usman’s heart by giving him expensive gifts, such as PlayStation 5 and MacBook Pro.

After days of spending time together in Tanzania, Kim tried to convince Usman to sleep with her in the honeymoon suite and be intimate with her. As they were still not officially a couple, Usman refused the idea, which led Kim to get mad and speak up about what was on her mind.

Kim shared her frustration towards Usman but the latter explained that he was still trying to get to know her more. When the Nigerian rapper asked her if it’s alright to kiss her even if they’re not a couple, the San Diego native gave him an ultimatum.

“Listen. If we leave here and I’m not in a relationship with you, I’m done. I’m dead serious, I’m done,” Kim stated. She also expressed how much she loves Usman but she will never beg somebody to kiss her and be intimate with her if they will just stay friends after spending a lot of time together.

Usman also unveiled his feelings for Kim and decided to talk to her son about how serious he was about his mother. “If all of a sudden, she’s out of my life, I would be sad. I don’t want that,” he said.

After the ultimatum Kim has given him, Usman finally decided to spend a night with the mother-of-one and be intimate with her. However, seeing Kim being desperate for Usman upset the viewers.

Because Kim continued to persuade Usman with her desire, fans have expressed their thoughts on social media. A Twitter user wrote, “Kim should be ashamed of herself by giving Usman an ultimatum to sleep with her. It’s disgusting, it’s desperate, it’s coerced, it’s morally wrong!”

One viewer stated, “Why are the cameras in the room with Kim and Usman? It’s just too much.” Another one commented, “I think Kim and Usman are definitely in the Top 3 cringiest couples in ‘90 Day’ history.”