90 Day Fiancé Teaser: Ximena Not Happy Mike Is Back In Colombia 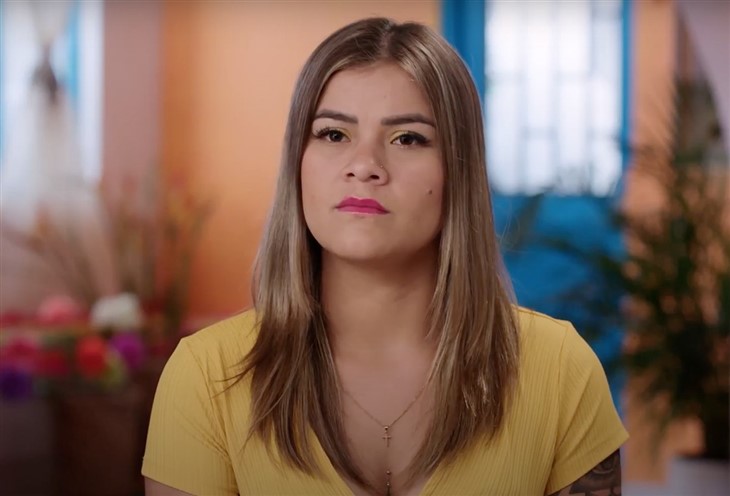 90 Day Fiancé fans will recall that Mike returned to the US after proposing to Ximena. At the time, he was concerned about leaving her alone and it looks like his concerns were real. In a teaser for Sunday’s episode of 90 Day Fiancé: Before the 90 Days, Mike returns to Colombia and his fiancé, Ximena but is met with a chilly reception.

After connecting on a dating app, Mike flew to Colombia to meet Ximena in person. Meanwhile, she was frankly disgusted by his habits, like burping and farting in front of her and not cleaning up after himself. Ximena also admitted that she wasn’t physically attracted to Mike. Despite this, the couple did get engaged and she was sad to see him go back to New York. For Mike’s part, he was concerned that she would get distant while they were apart.

Judging by a new teaser clip for Sunday’s episode, Mike was right to be concerned. In a confessional, Ximena explains that when she first met him, she was “super in love” and wanted to meet him. She described the meeting as all “balloons and love and hearts were floating everywhere.”

However, the Colombian beauty told the cameras that this trip is very different. She said since Mike went back to the US, she has thought a lot about how Mike is a “very clingy person” and said she likes her space.

In the teaser, Mike quickly annoys Ximena when he manages to trail dog poop into her house on his shoes. When Ximena noted the smell, he looked at his shoe and instantly apologized, saying he would buy her a new rug.

He tells the cameras that he was “Not off to the best start.” Mike explained that Ximena is very meticulous around the house, saying, “everything’s dusted, clean” and he literally just tracked in dog poop on the carpet.

Later in the clip, Mike uses a translator to tell Ximena’s sister that he came to visit her and her two young sons. He added that he wanted to meet the rest of the family and get to know everyone more. However, Ximena’s response to her sister was that she told him he didn’t have to come that month. Mike is confused, saying, “But, I told you I was coming.”

90 Day Fiancé  Spoilers – After Being So Happy That Ximena Parra Had Accepted His Proposal, Is Mike Berg Heading For A Breakup?

Readers can watch the teaser clip on ET’s website and catch the full episode on 90 Day Fiancé: Before the 90 Days on Sunday, February 20, at 8 pm ET/PT on TLC.