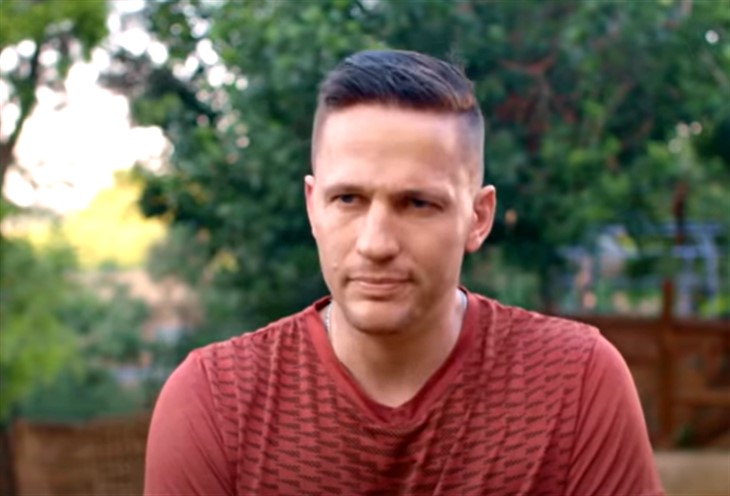 90 Day Fiance stars Tiffany Franco and Ronald Smith had a toxic and tumultuous relationship on TLC. The couple was forever making up and then breaking up again. So, a lot of fans thought that they did that because it might keep them returning to the show. Now their most recent split, which was carried out very publicly on Instagram happened, a report came out that Tiffany claims they got back together again. However, Ronald completely denies it.

TLC fans know that these days, Ronald Smith dates a South African girl named Lauren Fraser. She looks very attractive and he shares a lot of photos of them out and about enjoying their native country. However, there have been a few light hints from Tiffany that they might be discussing working out their marriage issues. Ronald actually snapped at her for suggesting that on her Instagram.

90 Day Fiance star Ronald also claimed that their divorce is now official and he’s moving on from Tiffany Franco. According to Ronald, he has no intention of trying to save their marriage. In fact, he might still fight for custody of his daughter Carley, but he seems to be completely over the toxic relationship that he had with Tiffany. Well, new rumors arrived via Tiffany. In fact, they strongly suggest that they are, in fact, not only working at their marriage but that they’re back together again.

@themelanatedway on Instagram conducted a recent interview with Ronald. At the time, it certainly came across that there was no chance of any reconciliation between the couple. So, when the admin saw the article where Tiffany claimed that she and Ronald are working on their family and got back together again, she noted that they didn’t “see that coming.”

Well, according to Ronald Smith, who commented underneath the post, the 90 Day Fiance star also didn’t see that coming.  In fact, he said, “wait what did I miss?” Next, he claimed, “in touch weekly is in for a rude awakening.” Furthermore, he stated, “I am not aware of this no no!’

Well, the admin directed Ronald to the article, and Tiffany did say that they were reconciled. Naturally, fans commented on the news.

Some 90 Day Fiance fans slammed both Tiffany and Ronald for stretching out the story just so they can stay on the TLC franchise. Meanwhile, others agreed that there’s no way they anticipated that Tiffany and Ronald would ever get back together again. Then, other fans slammed InTouch Weekly. Actually, they seem a bit shattered because the outlet seems to be one of the more reliable tabloids online. Mind you, some people are sick of this couple who seem to make up and break up very often.

Actually, some of them simply no longer care. What are your thoughts about Tiffany claiming that they got back together, and Ronald Smith completely denying that ever happened? Sound off in the comments below

Be sure to catch up on everything happening with TLC right now. Come back here often for more 90 Day Fiance spoilers, news, and updates.