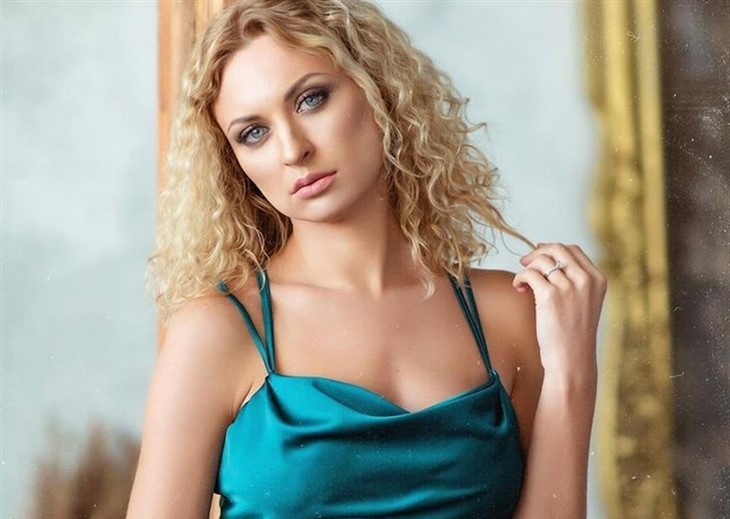 Natalie Mordovtseva was first introduced to the TLC show when he was romantically involved with Mike Youngquist. The two started their love story when they met through mutual friends. They created a deep bond and decided to put their relationship to the next level when Mike proposed to Natalie in Paris. Though their relationship was far from perfect, Natalie and Mike still made it to their wedding ceremony.

In her recent video on social media, Natalie showcased her cooking skill as she showed her followers how to prepare yellow rice with salmon. She also showed her toned physique as she rocked a white cropped top off-shoulder blouse and a blue skirt. Natalie completed her look with a necklace and let her blonde curly hair flows into her shoulders.

Fans admired the TLC star’s gorgeous look, but they didn’t appreciate the way she prepared her dish. One fan commented, “Girl, don’t scoop the knife in the butter after you spread it on the raw salmon.” An Instagram user wrote, “Never put scoop back in when cooking meat. It’s not healthy.” Another one chimed in, “Hope no one else eats from that butter. Salmonella, here they come.”

In her latest post on social media, Natalie shared a video of herself showing her modeling moves while wearing a printed yellow dress paired with black high heels. She captioned it: “Hey, hey! Love interacting with my dearest fans! Here is a quest for you. What project could I possibly be working on? Any guess.”

Some followers gave their guesses in the comment section, saying: “I’m thinking a show like ‘Love at First Sight?’” Another one said, “Married at first sight.” Though some of her followers gave negative comments, her avid fans never cease to express their admiration for Ukrainian beauty. One fan commented, “Good luck, beautiful! Whatever it is, you’ll be great!” Another one chimed in, “Whatever the new project is, I wish you the very best! You deserve happiness and success!”