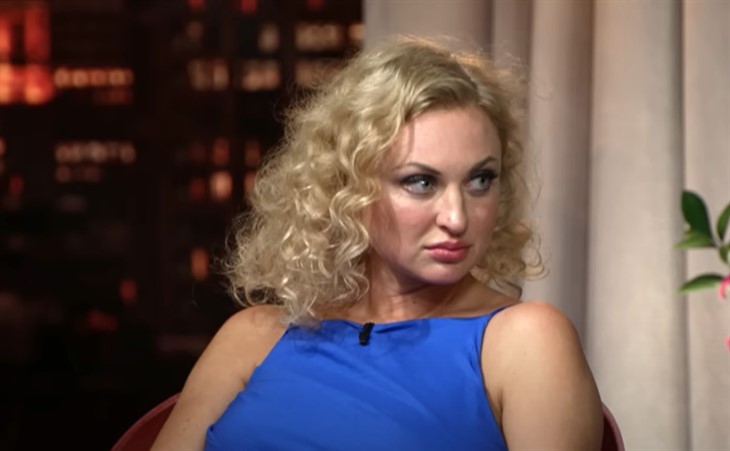 Natalie Mordovtseva was first introduced to the TLC show when she was romantically involved with Mike Youngquist. The two started their love story when they met through mutual friends. They created a deep bond and decided to put their relationship to the next level when Mike proposed to Natalie in Paris. Though their relationship was far from perfect, Natalie and Mike still made it to their wedding ceremony.

During the second part of “90 Day: The Single Life” Tell-All, Caesar Mack shared his failed romance with the Ukrainian beauty, Alona. However, the man still rejoiced as he still got two girlfriends from Ukraine named Stella and Katrina. Caesar discussed his plans for his lovers, such as getting them pregnant and living as one family.

The other “90 Day” stars expressed their disappointment towards their costar as the North Carolina resident continued to defend himself. Meanwhile, Natalie voiced her mind, saying: “You’re insulting my country right now. I think it’s bulls***. I don’t believe it. I think they don’t exist. Go to hell.”

When Caesar continued to stand with himself, Natalie refused to listen more to what he was saying. “I’m not talking to you anymore. I choose my country,” the Ukrainian beauty stated.

In other news, during the previous Tell-All, Natalie revealed the reason why she doesn’t want to be legally separated from her ex-husband, Mike Youngquist. Josh Weinstein told host Shaun Robinson that he and Natalie are not officially a couple as the latter is still married to Mike.

Natalie then stated that it was her “personal choice” in staying married to the Seattle resident. “I will never divorce for a guy who is not gonna be there for me and I don’t give a f*** what you think of me,” she said.

Celebs And Fans React After Kirstie Alley Passes Away

B&B Spoilers: Liam Has An Uncomfortable Run In With Bill, He’s Off The Rails