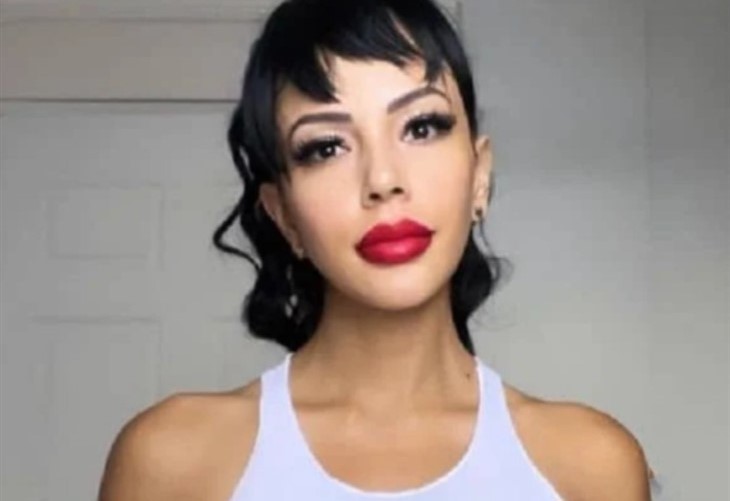 90 Day Fiancé spoilers, news, and updates tease that Jasmine Pineda pleased fans as she shared an old photo of her boyfriend, Gino Palazzolo.

Jasmine Pineda and Gino Palazzolo met online on an International dating website and are currently enjoying each other’s company as a couple. Despite them being strong in their relationship, the two were also challenged with some issues. Jasmine was previously slammed on social media due to her jealous personality and often controlling Gino with everything.

Their latest trouble was when Jasmine found out that Gino sent an uncovered photo of her to his ex-wife, which led Jasmine to lose her job as Gino’s ex sent the nude photo to her workplace. However, the two seemed to forget their past issues and tried to focus on building their relationship.

Fans were delighted when the Panamanian beauty posted a picture of herself beside a young photo of Gino with a caption, “Cute! If Gino and I had met at the same age, what would you think?”

Jasmine also wrote some quotes from Philip James Bailey, and ended her statement: “In a world of chaos, getting old is a beautiful blessing. Embrace it with gratitude.”

The post gained a lot of comments from fans who were ecstatic seeing a photo of Gino without his hat. One fan commented, “Wow, you guys are hotties! Glad you and Gino made up. When I first started watching the show, I could tell that you were both sweethearts.”

An Instagram user wrote, “Awww, how cute! Love this! Hope you two work out. Just don’t quit on each other. I believe in your love, guys.” Another one chimed in, “Love that you guys are working through the tough times! Really cheering for you, guys. Many blessings!”

As the issue of Gino sending Jasmine’s nudes to his ex was still an issue online, Jasmine jokingly gave revenge to her boyfriend when she shared an unclothed baby photo of Gino enjoying the waters in a bathtub.

She posted the picture in one of her Instagram stories and wrote, “I told you that I’ll share your nudes too! #revenge” Fans found the post hilarious and they were happy for Jasmine to have finally moved on from a terrible experience.

Though Jasmine and Gino were not the cups of tea to some 90 Day viewers, most fans were wishing them well and looking forward to them ending up with each other soon.

Days Of Our Lives Spoilers – Maggie Tries To Befriend “Renee” In The Hopes Of Reaching Sarah!

Days Of Our Lives spoilers – Eli Will Have Reservations About His Future As A Cop!