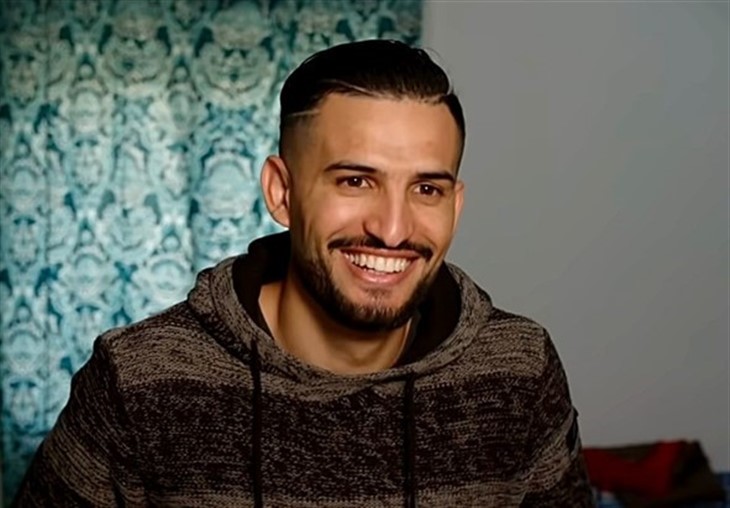 90 Day Fiance spoilers reveal that Moknii Hamza may have given away another hint about his relationship with his wife, Memphis Sandoval. From what we have seen so far, Hamza has been in Chicago and we are not sure if he is living there or just visiting. He has been there for quite some time and that has fans curious why he isn’t in Michigan wth his wife.

Hamza has been pretty active on social media lately and the latest posts on Instagram show that he is in Chicago. One of his posts showed him in a car. While he pans the car with his camera, we can see, in the back seat, there is a baby’s car seat. We can’t see the baby in it, but it could possibly be his daughter that he shares with Memphis. No one is sure who is driving the car though. Could it be her?

In another recent post on his Instagram, he is posed in front of the Wilson Sporting Goods Company building. He is pretending to be a model and some fans noticed something about his hands. He isn’t wearing his wedding ring and this came as a shock to many of them. Does this mean they are broken up for good? What is going on with these two?

Hamza’s sister has been pretty open on her social media pages as well. She didn’t have that much of a part on the show, but according to her, she has a lot of tea to spill on Memphis and Hamza. She continues to tell her followers that she will deliver her truth when she feels that she can. There have been hints from her that Memphis is cheating on Hamza and it could be with her ex-husband.

Memphis has told her fans that she hangs out with her ex because she needs help with her kids while she is working. That was one of the main reasons that she wanted to get married after all.

We will have to keep a close eye on Hamza to see what he posts next.