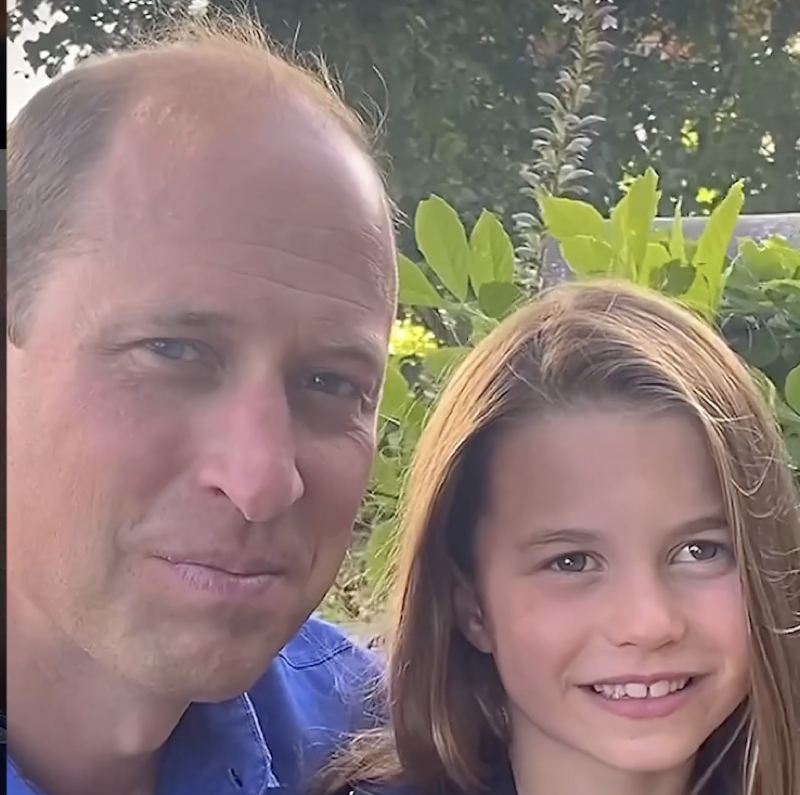 Aww… it’s very hard for any royal fan to have missed Daddy’s Girl, aka Princess Charlotte, looking adorable with her parents during one of the swimming rounds of the Commonwealth Games.

The Cambridges were also joined by Prince Edward, Sophie and their two children during the games on Tuesday.

The adorable 7-year-old literally stole the show, and let’s just say that fans are calling it “the Princess Charlotte effect”.

At the moment, there’s about dozens of adorable pictures of Charlotte doing the rounds on the internet. Like the official Commonwealth Games Twitter account shared, Princess Charlotte is all of us enjoying sports. It looks like she is poised to become like her sporty and competitive parents. Rumors has it her favorite sport is gymnastics.

Not only did the young royal enjoy the games, but she had a fun time watching the sporting event with her parents. Even though she started out sitting beside Kate, who sat beside William, it later quickly changed and she got her rightful place in between mom and dad.

Royal fans compared her active expressions to her younger brother Prince Louis’, even though they agreed that Louis is still the king of the meme face.

Dressed in a simple white and black striped gown, she hardly looked like the Princess we see in movies, but nevertheless, she earned the title of the most adorable princess in the world.

This is coming after her mom Kate went viral for donning a wetsuit to compete against New Zealand during a friendly race. The Duchess of Cambridge continues to promote the importance of sports for all ages. It was truly remarkable seeing the 40-year-old mom of three push herself in order to help her team secure a victory over the New Zealand team.

B&B Spoilers: A Kiss For Taylor And Ridge