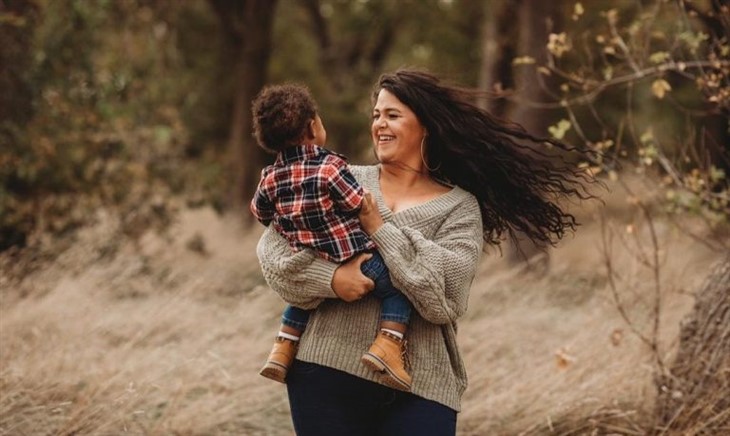 After Emily Bieberly shared a photo on Instagram, 90 Day Fiancé fans say it doesn’t look anything like her.

90 Day Fiancé star Emily Bieberly has shared a photo of herself to her Instagram account. However, fans believe she looks nothing like the image, accusing her of using too much Photoshop and filters.

Since Emily Bieberly first appeared on 90 Day Fiancé, fans believe she is pretty. However, as she now shares more and more images of herself, fans think she is now overdoing things. She is currently starring in the latest season of the TLC reality show with her beau, Kobe Blaise. Meanwhile, Emily, 29, met Kobe in China, where she was working as an English teacher and Kobe as an underwear model.

The couple quickly hit it off and a couple of months later, Emily was pregnant with their first child. After returning home to the US, she filed for her baby daddy’s K-1 visa. However, due to the pandemic, it took almost two years before he could join Emily and their son in Kansas. Now Kobe is in the States, his relationship with Emily is not going well. He believes Emily was sweet to him when they first met. However, she has apparently changed a lot since those days.

Despite this, Kobe isn’t giving up on their relationship and is making every effort to impress her family. In fact, 90 Day Fiancé fans believe the Cameroon native is trying his best to be a good father and husband. However, for her part, Emily is getting hit with criticism. Meanwhile, 90 Day Fiancé fans are already irritated by Emily’s social media actions and her latest image really takes the cake. They say that in a recent image she looks almost nothing like her real self. When she shared the racy image, her Instagram followers accused her of using filters.

Redditor AccomplishedJump3428 shared the image on Reddit, with the title, “Emily’s out here on IG pulling a ‘Mahogany’ In a reference to Ben Rathbun’s girl. It is clear from the image that her face is drastically different from its true form, including the fact that her lips are much bigger. Redditors also agreed that Emily had used several filters on the image to make herself more attractive.

One wrote, “Someone got a little too excited to use facetune lol she warped her face into an alien shape.” Another commented, “It doesn’t even look like her. Practically unrecognizable, honestly. What a joke.”

Among the comments, Emily was even compared to 90 Day Fiancé star Darcey Silva, who is famous for using multiple filters on her images.

However, it wasn’t just her face that was causing controversy, but also her revealing clothing, showing the world plenty of cleavage. But even then, her overuse of Photoshop and filters isn’t the only thing that makes fans dislike her. Emily has regularly been accused of putting down Kobe on the TLC reality show, despite his efforts to be a good partner.

With the way Emily is going, she will likely end up the biggest villain on season 9 of 90 Day Fiancé.

The current season of 90 Day Fiancé airs Sundays at 8 pm EDT on TLC.