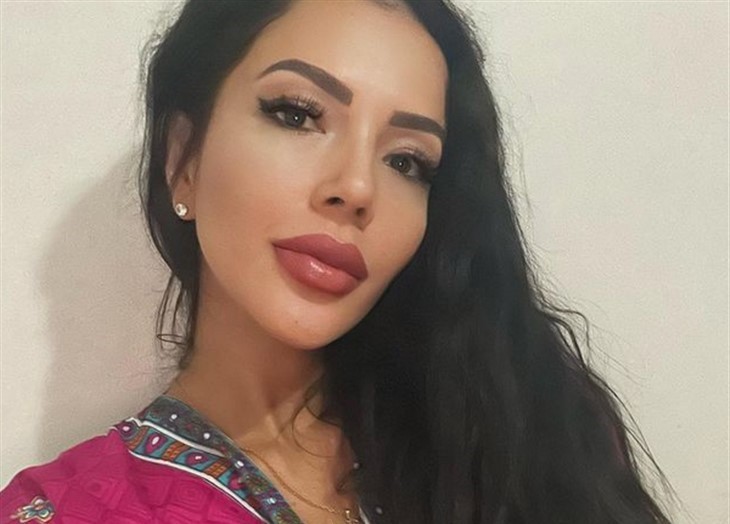 90 Day Fiancé spoilers, news, and updates tease that Jasmine Pineda recently gave a life update and it turned out that the Panama resident just survived the surgery.

Fans hated the Panamanian beauty when she showed her real colors, but the coin was flipped when Jasmine found out that Gino sent her nude photo to his ex-wife, which led her to lose her job as an American Literature teacher. Jasmine also became the fan favorite after throwing some hilarious lines during the season’s Tell-All.

‘90 Day Fiancé’ Spoilers – Is Jasmine Pineda Having A Serious Illness?

Jasmine often gives relationship updates on social media and constantly expresses her admiration and love for Gino Palazzolo. However, in one of her recent updates on her Instagram story, the Literature teacher posted a photo of her tummy showing a bandage on the bottom right of her abdomen. She wrote a text saying: “I survived my surgery! I’m vlogging everything. Once I recovered, I’ll post it on YouTube. I love y’all.”

Though the Panamanian beauty hasn’t revealed her illness yet, according to Screen Rant, Jasmine has ventricular arrhythmia, and during her childhood days, the TLC star felt something wrong with her heart. She didn’t pay attention to her health crisis until she was diagnosed with a prolapsed valve and must maintain two medicines for life. She also needs to visit a cardiologist thrice a year.

In other news, Jasmine Pineda expressed her happiness for the success of her beau, Gino Palazzolo, and declared that her man is a “self-made millionaire.” In one of the episodes of the season, Gino admitted that he doesn’t have a lot of investments, but he went through buying and selling his stock until it reached $650,000.

The Michigan resident continued his venture until it was reported that he makes around 1.5 million. In her recent Instagram stories, the proud fiancée took to social media her admiration toward Gino. Jasmine posted a screenshot of an article that reports Gino’s net worth and she captioned it: “I’m so proud of my man! He’s my tutor when it comes to investing money wisely. Making himself a self-made millionaire but still being humble, kind, and generous. Baby, you’re goals.”