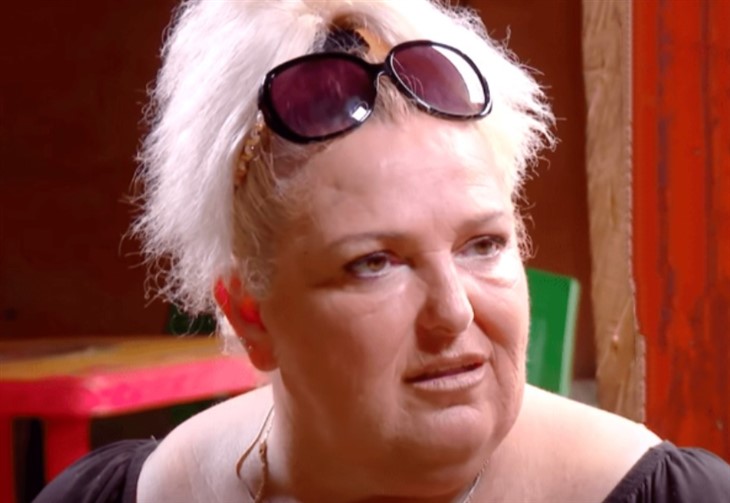 90 Day Fiancé spoilers, news, and updates tease that Angela Deem posted a video of herself reenacting a scene from Johnny Depp’s 1990 movie, “Cry-Baby.”

Angela Deem is one of the most popular cast members of the TLC show because of her intense arguments with her boyfriend, now husband, Michael Ilesanmi. The two first met online and Angela made her way to Nigeria to meet her man. Despite the challenges of their relationship, the two still ended up in sacred matrimony last January 2020.

With her eagerness to lose weight, she underwent several cosmetic surgeries, which Michael hesitated to agree to. Though it took some time for the Nigerian native to understand and accept his wife’s decision, the breast reduction, liposuction, and gastric sleeve surgery made Angela feel good about herself and became more confident.

In one of her recent posts, Angela Deem shared a video of herself in a car, wearing a red dress, and her hair in a high ponytail. She reenacted a scene from Johnny Depp’s movie, “Cry Baby,” lip-syncing the line: “Please, Mr. Jailer, won’t you let my man go free?” She captioned the post with hashtags, like, “#johnnydepp #firsttry #Queen #crybaby”

Fans filled the comment section with support but some of her followers were irritated by her video, saying: “Girl, your prom was over 70 years ago. Stop.” One “90 Day” viewer said, “She’s gonna break her hip next. Just stop it, ma’am. Your 15 minutes are up.” An Instagram user wrote, “You are embarrassing yourself and your grandchildren.” Another one chimed in, “Damn, girl, you’ve gone crazy!”

In one of her recent posts on social media, the grandmother-of-six shared her TikTok video that has a text, saying: “Saturday just laying around. Love all you, Queens.” She captioned her post, “Exhausted from my trip from LA BABY.” Even though the video is dark, fans still noticed the dark spot on Angela’s lower lip, which they hailed to be a serious sickness.

One fan commented, “You have got to see someone about your lip. It’s getting worse.” An Instagram user wrote, “Please see a doctor about your lip. I know someone who had that spot and it was cancer.” Another one stated, “Do you have lip herpes? What’s on your bottom lip?” Amidst the negative comments she got online, some of her followers showered her compliments, saying: “You have done so well. You are so beautiful inside and out.”