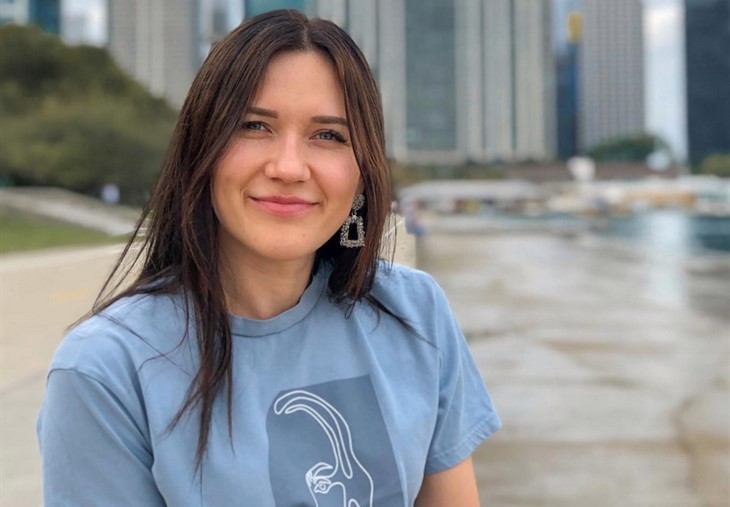 90 Day Fiance spoilers reveal that Varya Malina is starting to give more updates on Geofreey Paschel’s time in prison. She constantly posts on Instagram as a way to reach out to her fans and keep them afoot during Paschel’s time in jail. Now it looks like he has started to break some rules there, but it’s not for what you think.

One of the reasons that Varya is posting about Paschel is because she knows that his fans want to know what he is up to in the slammer. He was sentenced to 18 years in prison for the domestic violence charges against him and she is hoping for a retrial because she feels his sentence isn’t fair. Nonetheless, she likes to tell fans about her visits to see him and what he is going through inside.

90 Day Fiance cast member Varya hasn’t lost any hope that her love will get a fair trial once again and his time in prison will be cut. She has very high hopes for him and some of her fans feel like she is a bit delusional about his sentence. She has been stressed about his time there, but now it looks like he is getting on some of the guards’ good side by saving one of them.

In Varya’s newest Instagram post, she made the claim that Geoffrey had quite an experience in prison that day. She said that he called her very early in the morning to tell her that he saved a prison guard. He said it was an older guard and he had passed out. Geoffrey then took his keys to open the door so that he could tell the other guards what happened to the unconscious guard. None of the other inmates would help him apparently.

Of course, he did break the law by taking the guard’s keys, but he did save the life of the guard and something worse could have happened to him if Geoffrey hadn’t noticed that he was passed out. Apparently he did get written up for grabbing the keys, but he felt good saving the man.