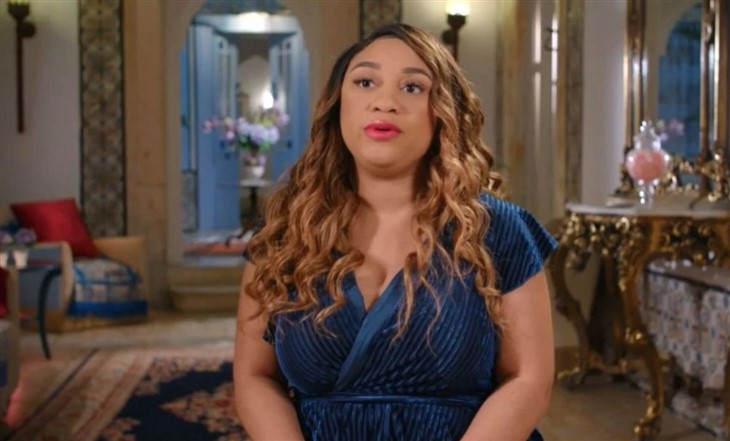 90 Day Fiance spoilers reveal that fans were shocked when they saw that former cast member, Memphis Smith has made a new friend and this was very unexpected. We often see 90 Day Fiance cast members hit it off well, but this one took us all by surprise.

When Memphis appeared on the show, she was with her ex-husband, Moknii Hamza. She and Hamza met for the first time in Tunisia, after dating for a few months. While she was there, they ended up getting married and finding out that she was pregnant. The couple moved to the states together and then went their separate ways.

Hamza is now living in Chicago and working as a model and Memois is stillin Michigan. They have been battling it out for custody of their daughter and it looks as if Hamza never gets to see her. While Hamza and Memphis are battling this out, it looks like Memphis has started to make some new friends.

90 Day Fiancé Spoilers – Who Is Memphis Smith Hanging Out With?

In her most recent post on Instagram, Memphis wrote, “I woke up definitely on the right side of the bed! Thank you to a perfect stranger/friend for always being so kind! I’m super excited about this!” Then she tagged Alina Shaimardanova, who appeared on 90 Day Fiance: The Other Way. Alina appeared with her husband, Steven Johnston on the show and they are now happily married and living in Russia.

How did Memphis and Alina connect? This isn’t the first time that Memphis has mentioned Alina. In fact, she wrote out a very long post about her last week. She mentioned her artwork and how kind she had been to her. She wrote, “People come in and out of your life for various reasons. Alina has been such a kind heart.Let’s keep supporting each other as women! Empowering each other and inspiring each other!” We are happy that these two are building a great friendship and they now have each other to lean on.