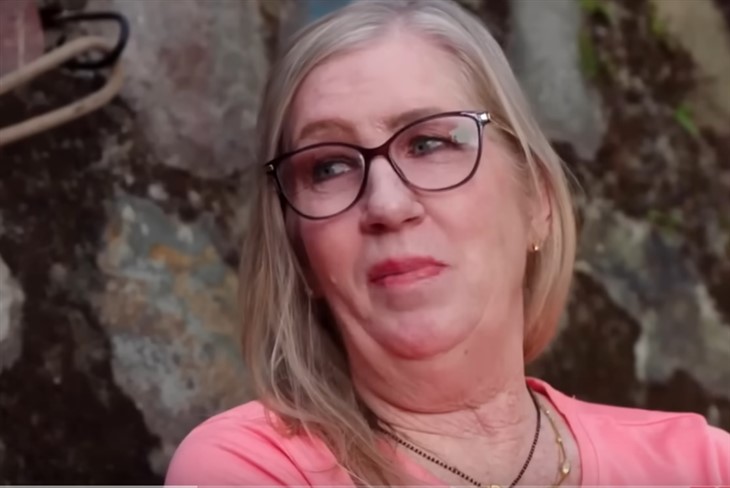 90 Day Fiance spoilers reveal that Jenny Slatten has had it with all of the break-up rumors about her and her husband, Sumit Singh. The rumors began when one fan shared on Reddit some news about how Jenny was on the same flight from New York to Palm Springs. They even said she looked really sad. Of course, fans of the show took this and ran with it. Now that Jenny’s time in Palm Springs is coming to an end, it looks like she has to tell her fans what is really going on in her marriage.

Jenny’s daughter has been sharing a lot of videos and pictures with her mom since she arrived in Palm Springs. It does seem as if Jenny has been there for at least two weeks and they are making the most of their time together. One of the other reasons that fans feel Jenny is leaving Sumit is because of her new hair. Once she got to Palm Springs, she changed her hair and went from blonde to brown. Of course, fans immediately thought this was a sign that she was single.

In her daughter’s newest video, she captioned it, “Ok Mom, it’s that time. Just a few more days.” She tagged Sumit in the post and then Jenny added a comment of her own that put fans to rest. She wrote, “I’ll come back soon and hopefully Sumit will be with me.” This definitely made fans realize that they are still together and he just couldn’t come on the trip with her.

Jenny and Sumit have been through a lot since we first saw them on the show. They have been together for over ten years and now it looks as if Jenny is all he has. When he told his parents that he got married, they disowned him and now he is working on repairing that relationship. We are not sure yet how that will turn out, but we can continue to watch on 90 Day Fiance.