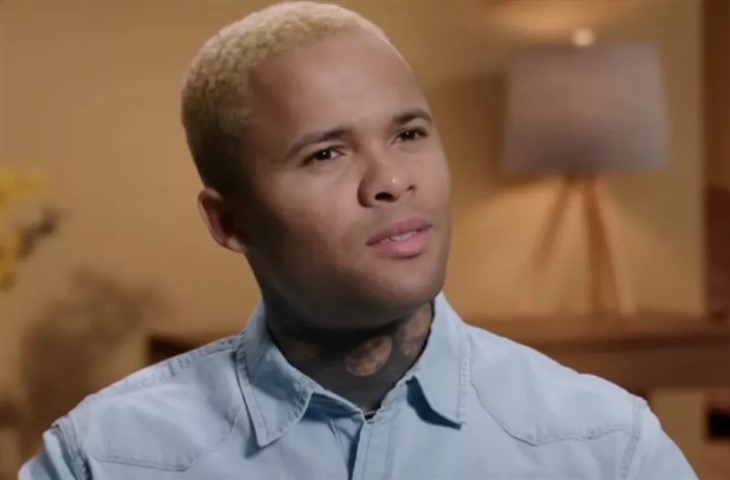 90 Day Fiance spoilers reveal that fans have really started to pay attention to Jibri Bell’s style. He has been pretty active on his Instagram account and he is showing off his style and taste in fashion.

Jibri is one of the most unique cast members that we have seen in quite some time. He currently lives in South Dakota and is in a band called the Black Serbs. His music is very important to him and he has been working on to get the band back together since the pandemic. His fiance, Miona Bell has finally made it to the United States and together, they are sharing their love of fashion.

Fans of the show have started to notice all of the different styles that Jibri has shown off on his Instagram account. He is seen in a “space punk” look and fans noticed how edgy he looked with his multi-colored hair. Another post showed him wearing a suit made out of bandanas. The suit is multi-colored and his fans praised him for how he shares off his style.

When we look through his entire Instagram account, it is clear that he doesn’t exactly look like everyone else in South Dakota. Some fans aren’t quite sure what to think about his style and feel like he is just trying too hard. There are others that think his look is pretty great and he does stand out in South Dakota. He loves to wear bright colors and he told his fans that he thinks he got this style from his grandmother.

Miona has also shown off that her fashion sense is a little out there as well. She likes to match with him at times and she likes to exoeriment with make-up and that is the business that she wants to start in the states as soon as she gets settled and on her feet.