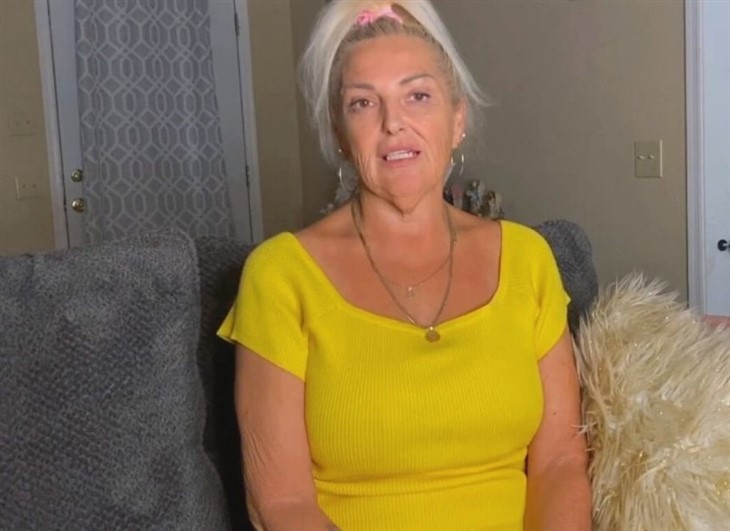 In the past, former 90 Day Fiancé star Angela Deem made the headlines over her weight loss surgery, but now there is more.

Since Angela Deem first starred on 90 Day Fiancé with her now-husband, Michael Ilesanmi, she has undergone a transformation. First, Angela, 56 underwent weight-loss surgery, as well as liposuction. The TLC reality star also had breast-reduction surgery, much to Michael’s disappointment She further experimented with a little botox and fillers to improve her look. In fact, the differences in the famous mee-maw are clear to see, after she said she got the makeover to look younger for Michael. Meanwhile, it seems she isn’t finished yet, as she has now had a cosmetic treatment to her lips.

Angela Deem’s latest Instagram post is a video, backed by Meat Loaf’s Two Out Of Three Ain’t bad. In her clip, it is clear that the TLC reality star has had yet another treatment. It seems Angela has got herself a pair of fuller lips.

While Angela doesn’t mention her lips, the caption to the clip reads, “QUEENS WILL BE Queens” and on the video itself, “Remembering the Good Ol Days” with a red lips emoji. Clearly, a number of fans and fellow 90 Day Fiancé stars were impressed by her latest look, with Paola Mayfield commenting, “Yess queen!!!”

However, other followers asked questions like, “What am I watching?” no doubt due to the lack of explanation. Another fan wrote, “I will never understand the just looking into the camera and tilting the head thing. Like, why???” Referring to the caption on the clip itself, one wrote, “Good old days ???? you don’t even know the words to the song!!!”

On the plus side, another Instagram user wrote, “You look so cute in that convertible.” Meanwhile, another commented, “Your lips look good you must have just had them done.”

90 Day Fiancé Spoilers – What Is Happening With Michael Ilesanm?

As 90 Day Fiancé fans know, Michael has been having problems getting his K-1 visa approved. Meanwhile, fans are wondering if Angela’s beauty makeover is really for his benefit. Alternatively, is she beautifying herself for other men?

While Deem did recently confirm that she and Michael are still together, there is still no sign of her husband joining her in the States. Meanwhile, fans will remember the Tell-All episode where he was clearly upset at her breast-reduction surgery. The Nigerian native likes his ladies large, it seems.

It is still possible that Michael will be able to make his way to the USA at some stage, but fans truly wonder if their marriage has a chance to last.

Catch the latest season of 90 Day Fiancé on Sundays at 8 pm ET/PT on TLC.