90 Day Fiancé: Michael Ilesanmi Coming To US To Film Next Season With Angela 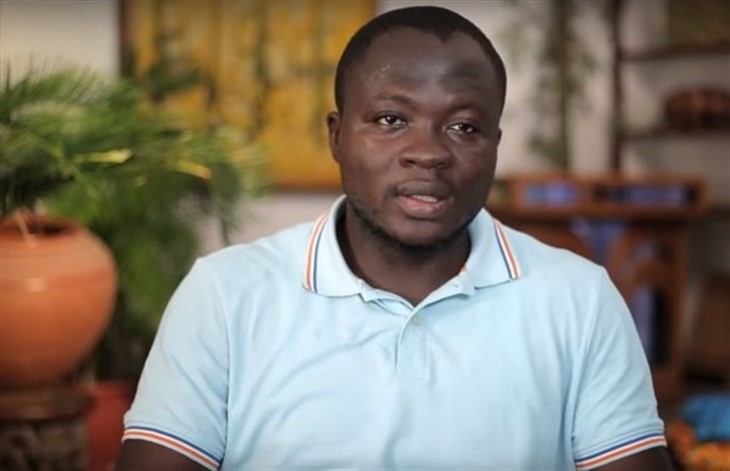 “90 Day Fiancé” participant Michael Ilesanmi is reportedly coming to the United States to film the next season of the reality series with his wife Angela Deem as teased by the latter’s former best friend Jojo.

One of the most controversial couples of the reality series Michael Ilesanmi and Angela Deem might be back on screens in the next season of the “90 Day Fiancé: Happily Ever After?” after a couple of break-ups and make-ups. The pair tied the knot in January 2020 in season 5 of the reality show but they faced major challenges in their long-distance relationships for two years with the pandemic as the greatest block for them as Michael awaits his visa approval.

While Michael was away, Angela proceeded with her weight loss surgery despite her husband’s disapproval which created a rift between her and Michael’s aunt Lydia for the Nigerian family wanted the pair to have their own child but the meemaw doesn’t want to worry about it.

Angela also ended her friendship with bestie Jojo last year, who’s been there all along her weight loss surgery journey, which reportedly was because of the latter’s developing friendship with another 90 Day Fiancé participant Debbie Johnson. Since then, Jojo has disclosed important details about Angela and Michael’s relationship.

Jojo allegedly dropped another huge bombshell, saying that the couple will participate in the show’s next spin-off but not as real-life sweethearts but only as a “business transaction” and that the details were from aunt Lydia.

90 Day Fiancé podcast “Kiki and Kibbitz” uploaded the update on YouTube and claimed that they got on a phone call with Jojo who disclosed the details she received from Aunt Lydia. Hosts Brianna Blacet and Mary Krueger spilled the tea that allegedly Michael and Angela are not “romantically together anymore” in the present but will fake their relationship in front of the cameras for the next spin-off of the “Happily Ever After” with Michael coming to the US “next month” after his visa got approved.

“Angela told Michael that she will do whatever she wants but Michael better keep up his end of the relationship,” one host revealed. It’s a “business arrangement” for Michael to have his visa and Angela to have her money from the show in their next appearance.

While the claims remain to be as allegations because neither Jojo nor aunt Lydia appeared on the video, Michael’s previous Instagram update also adds weight to the idea that he’s no longer in love with Angela.

Earlier this year, the Nigerian reactivated his Instagram account to separate from his joint account with Angela. He posted a photo of himself which fueled the rumors that he’s single because of what he wrote in the caption: “A human being is a single being, Unique and unrepeatable.”

Angela also sparked the same rumors in December last year when she posted a lip-synced TikTok video where a voiceover asked, “Are you single?” and she answered “Yeah…Uh-huh” from the audio “Candy Shop” by 50 Cent. Keep checking Soap Opera Spy for more 90 Days spoilers and updates.