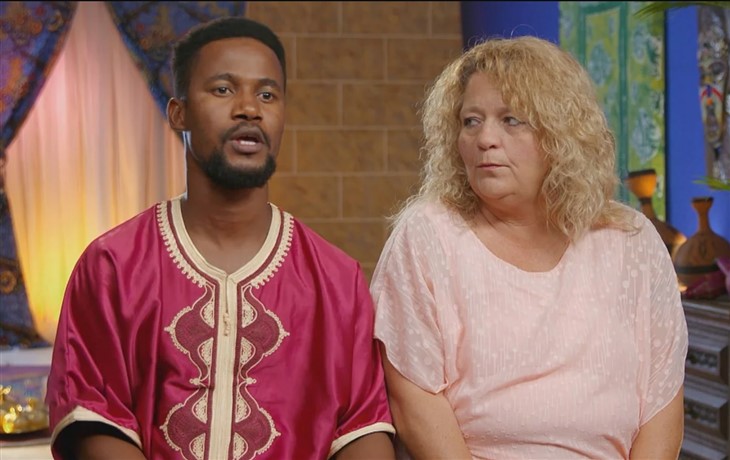 Usman joined Season 4 of “90 Day Fiancé: Before the 90 Days” and was paired by a 50-year-old American woman, Lisa. Their relationship was filled with misunderstandings as Lisa showed jealousy towards the Nigerian rapper’s female fans. Despite the challenges, the two still found themselves in sacred matrimony.

However, before the season ended, the newlywed called it quits and Lisa was fired from the TLC show when she used the N-word towards Usman. Now that her ex-husband is currently dating Kim Menzies, people can still find Lisa in the picture because of her opinions regarding Usman’s plot in the show.

Lisa Hamme once declared that Usman and Kim’s storyline is fake and believed that her ex-husband was just using the San Diego native for fame and a green card. She has also mentioned that the rapper was still in love with his ex-girlfriend, Zara, in which he made a song about her.

Recently, another statement from Lisa came to the surface, saying that Zara was just someone, whom Usman has pictured out from his mind. In her latest interview with In Touch, Lisa mentioned Zara and thought that the woman was just “an imaginary person that Usman has created.”

The “90 Day” alum also said that the song “Zara” was written for Usman’s Nigerian friend, Fatima. Though Lisa claimed that the woman was fictitious, Zara’s photos were previously seen in the TLC show when Usman talked about the reason for their breakup.

‘90 Day Fiance’: Usman Umar And Kim Menzies Take Their Romance To The Next Level

In other news, Usman and Kim were officially in a relationship and they gleefully talked about their intimacy. When asked about their first night together, Kim was happy to finally be Usman’s girlfriend. She said: “It was amazing and everything I could have wished for.”

The Nigerian rapper also shared his delight and “great night” with his new girlfriend. “Last night, I made a decision to let her know that I took her as my girlfriend because I understand that this woman really loves me and she deserves my love too,” Usman said.

Fans may find Kim and Usman’s relationship awkward, especially when the mother-of-one showed her aggressiveness towards the Nigerian rapper, they still wished for better days ahead of them.

Days Of Our Lives (DOOL) Spoilers: Clyde And Orpheus Ride Again, Will They Teach EJ A Lesson He’ll Never Forget?