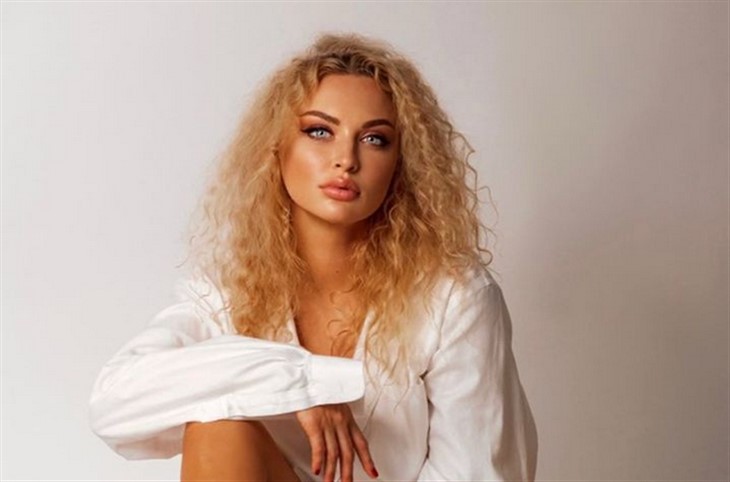 “90 Day Fiancé: The Single Life” participant Natalie is allegedly filming a new season with her date, despite recent revelation by her ex-husband Mike Youngquist that she has no green card status.

Mike dropped devastating news on his ex during the Tell-All for “90 Day: The Single Life” when he revealed he filed no paper for her status. The Ukrainian beauty broke down in tears as she feared deportation when Mike said he’s filing for divorce after the two agreed to be “married separated” when she left Sequim to date other people in Florida.

However, it seems like Natalie is still in America to continue her romantic journey. A TLC viewer announced on Reddit: “Okay so the other day (2/10/22) I was driving on a major street in West Hollywood on my way to brunch when I saw on of those single-level open-air “see the stars” tour vans driving alongside me.”

The Redditor u/iknowitsounds___ said that a bright blonde woman in a red/white polka dot dress was sitting in one of the passenger seats “flipping her hair and posing” while a big camera rig was in front of the van. Although the van passed by briefly, the Redditor claimed: “My brain registered ‘That was Natalie from 90 day fiancé!!’”

The viewer confirmed it was actually Natalie when the reality star posted a new video on her Instagram account in the same dress and hairstyle the next day.

Fans associated Natalie’s exposure in LA with her new date on the reality series named Josh, a CEO of a modeling agency who lives in California. The 37-year-old star came clean to single dad Josh about her current status with Mike in which he described her as a “jigsaw puzzle” but when the CEO confessed to having two kids from two different women, the Ukrainian beauty was taken aback.

Natalie has hidden the truth of having two divorces prior to Mike but is still hopeful of finding a man to settle with who will give her children. At the finale of the Single Life, Natalie admitted she wanted to give Josh a try and confessed to liking him, whom she had more fun with than she had in years during their golfing date.

TLC fans are convinced Natalie is in LA to pursue her acting/modeling career but her previous post on IG, where she wore that polka dots dress, made fans cringe about her personality.

When Natalie posted a series of clips in a public restroom and a “hide and seek” shot outdoor paired with Albert Einstein’s quote in the caption, which read, “Coincidence is God’s way of remaining anonymous,” fans were off by how “immature” she was.

“She is so in love with herself, there is no room in her heart to love anyone else,” a fan commented.

Many were disgusted with how she tried “to act sexy, cutesy or flirty” in the public restroom calling it “trashy” and pointing it out as an example of how her personality makes her “ugly.”

Some agreed that Natalie is actually pretty but needs to grow up and take the best opportunities which opened up for her because of her exposure on the 90 Day.

Days Of Our Lives Spoilers – Sarah Finds A Friend In Gwen!