90 Day Fiancé: Jasmine Learns Gino Got In Touch With One Of His Exes 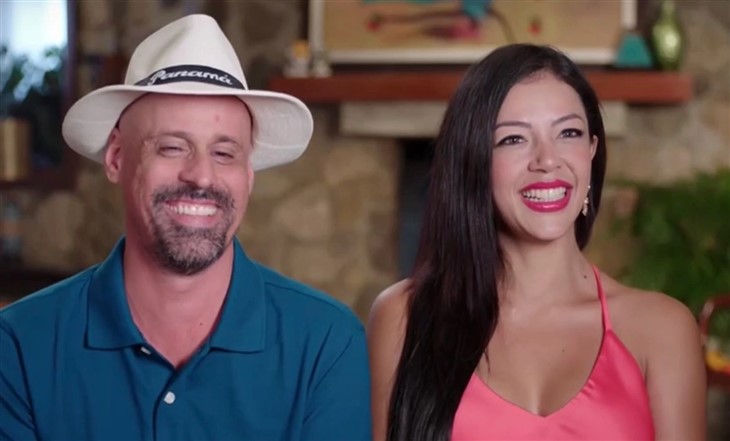 90 Day Fiancé spoilers and updates tease that Gino Palazzolo has some explaining to do after Jasmine Pineda finds out that he’s been in touch with one of his exes. Will this be the last straw for the couple or will they move past it and continue with their relationship?

Gino and Jasmine met on an international dating site and became one of the couples featured on 90 Day Fiancé. The pair have had a rocky relationship ever since. Aside from their considerable age gap, each party has its own behavioral issues.

Jasmine is the type who easily gets jealous, angry, and insecure. Fans may recall that she had a meltdown after learning that Gino’s ex-wife decided on the wall paint in this house.

She easily gets angry when she doesn’t get what she wants. Gino paid off her bills when he was unemployed. But she forced him to pay for a $2,500 island trip when he gifted her a toothbrush for Christmas.

Jasmine is no saint either. Gino became furious when he found a clip where Jasmine can be seen dancing seductively with a stripper. It easily became water under the bridge but if it were Jasmine, she’ll definitely go berserk if Gino did this to her

Adding fuel to the fire, Jasmine learns that he’s been in touch with one of his exes.

In a clip released by PopCulture, Gino confesses to the camera that he may have made a big mistake. He wishes that he can take it back and he already anticipates trouble when Jasmine finds out.

During their vacation, Jasmine confronts Gino about one of his exes getting in touch with her

“She told me that she wanted to chat with me, and she also told me that you are still communicating and that you have even told her about me,” Jasmine said.

Jasmine seems to be unfazed by this news and says she’s not bothered because she knows Gino isn’t communicating with her. But Jasmine notices Gino feeling uneasy during the conversation so she confronts him if he was messaging her.

When he confirms and admits that it happened three days ago, Jasmine decides to unblock her and find out what she wants to talk about.

Will Jasmine let this slide or does this mark the end of their rocky relationship?

How Old Is Sharon Newman In Real Life?