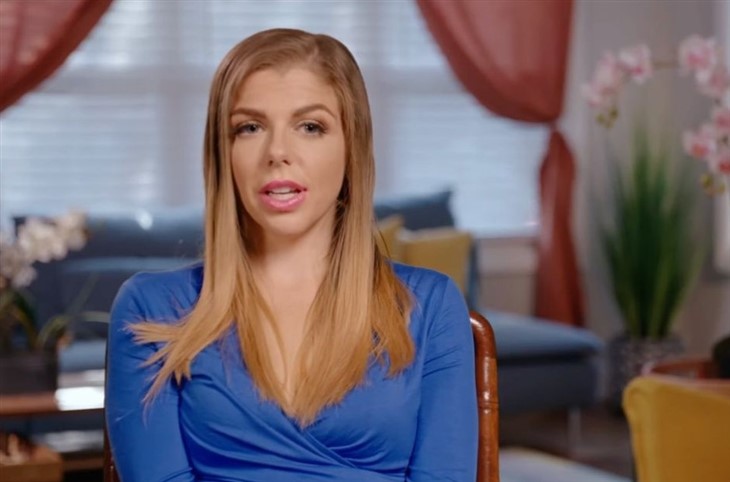 90 Day Fiancé spoilers and updates tease that fans are wondering if Ariela Weinberg is pregnant with her second child with partner Biniyam Shibre. Her ex-husband Leandro Fosque has returned to the picture, which led to some viewers wondering if the child is Bini’s or Leandro’s.

Fans know that things have been tense between Ari and Bini since Leandro returned to the picture. Ari and Leandro separated several years ago. But now they’ve reunited and it seems like they’re on good terms, except for Bini. Leandro has been giving pieces of advice to Bini about their relationship. However, it wasn’t well-received when he told Bini that they’re “family now.”

Rumors have been circulating that Ari is pregnant. Many are wondering if the father of the unconfirmed baby is Bini or Leandro. One viewer suggested that Bini should get a DNA test while another one chimed in and asked how they can be sure if the baby is really Bini’s given that Leandro has been around the couple too much.

Ari has not confirmed if she’s expecting a child. The show hasn’t released any official statements, either.

Fans may recall that Ari complained that she was not feeling well. She took a pregnancy test but fans have to wait and see until the next episode to know if she’s pregnant or not.

Ari and Bini are still struggling with some issues. Ari doesn’t think that Bini is being truthful while Bini feels confused and uneasy about Ari’s close relationship with her ex-husband, Leandro.

Not only that, Biniyam’s sisters, Wish and Mimi aren’t in favor of him marrying Ariela. They also don’t approve of him moving to the U.S. Things ended dramatically after they threw red wine in Ari’s face. Many fans think that Wish and Mimi are protective of their brother since they don’t want him to get hurt again.

Bini’s first wife moved back to the U.S. They got divorced and he never got to see his child with her ever again. Now, he shares a son with Ari. The couple doesn’t share the same faith and they also can’t seem to be on the same page when it comes to how they should raise their child.