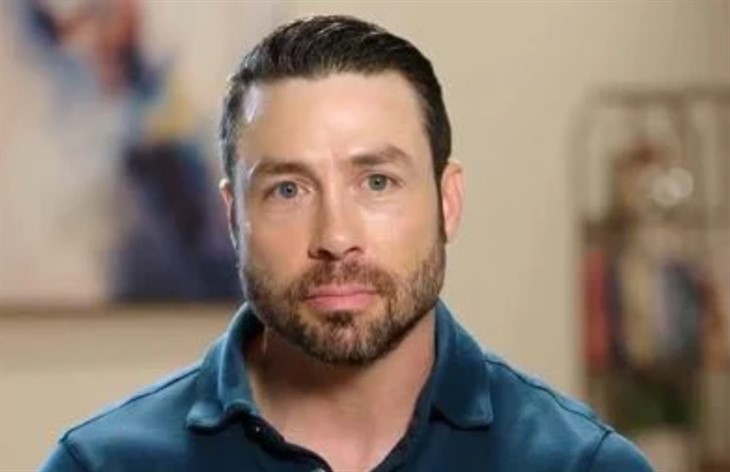 Geoffrey Paschel is a former 90 Day Fiancé star who is currently behind bars, waiting for sentencing.

Fans of the TLC reality show are aware that 90 Day Fiancé alum Geoffrey Paschel is currently behind bars. As recently reported, on Friday, October 8, the Office of the District Attorney in Knox County, Tennessee, announced that Geoffrey Paschel, 44, is guilty of aggravated kidnapping, domestic assault and interference with emergency calls. While he waits behind bars his for sentencing to be carried out on December 3, 2021, his son, Dakota, has made an impassioned plea on Paschel’s Instagram account, asking fans to donate money to help in his father’s defense.

After his father and former 90 Day Fiancé star Geoffrey Paschel was locked up in jail, his son, Dakota, is pleading with his Instagram fans and followers for help. He is looking for fans to donate money to help get his father out of jail.

Dakota made an impassioned plea on his father’s Instagram account, including a video clip and an image of his father, himself and another child, obviously taken in happier times. In his caption, Dakota wrote, “Please help. This is Dakota and I am writing on behalf of my siblings and the rest of our family.”

“If you don’t know already, my dad is an amazing guy. He is always helping make this world a better place and I have never met a person that works as hard as he does,” he added.

Geoffrey’s son continued, writing that his family is “overwhelmed” and “devastated” that his father was found guilty of kidnapping and domestic assault. Dakota continues, writing that the country is supposed to be built on justice for all. He said that his dad trusted the system and doesn’t deserve what has happened to him.

Dakota pleaded with 90 Day Fiancé fans to support him and his family in getting his father the help he needs. He also pointed out that his followers had been there for Geoffrey over the past few years, adding that it means so much to his dad and all the family. 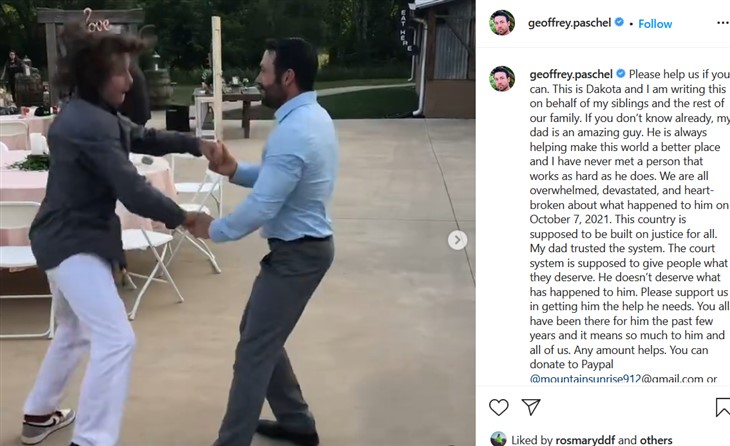 In the Instagram post, the former reality star’s boy included a PayPal account email address and a Cashapp code that Geoffrey’s followers can use to make donations to help his father.

In the meantime, Geoffrey Paschel remains in jail awaiting sentencing after he has denied the allegations, saying the plaintiff’s injuries were self-inflicted. Dakota’s father’s sentencing is scheduled for December 3, 2021.