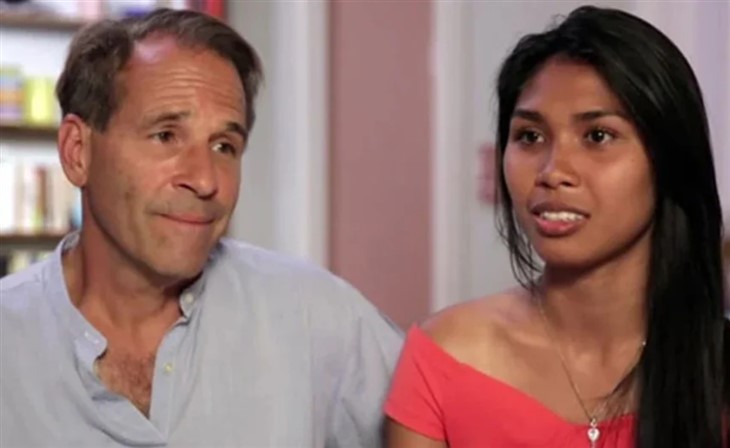 Under the section for ‘grounds for divorce,’ former 90 Day Fiancé star Shoemaker checked off ‘adultery.’

As 90 Day Fiancé fans know only too well, not every couple makes it after appearing on the TLC reality show. It seems this includes Mark Shoemaker and his estranged wife, Nikki. Meanwhile, a copy of a divorce filing has come to light, revealing his reasoning for the split.

For those who might not know their story, Mark and Nikki starred in season 3 of 90 Day Fiancé in 2015. At the time, Shoemaker was 58 years old, while Nikki was only 19. Meanwhile, the 39-year age gap between the pair proved to be the largest ever on the TLC reality show.

While Mark is American, Nikki hails from Cebu City in the Philippines, which is coincidentally where he met his first wife and the mother of his four adult children. In fact, Nikki is two years younger than his youngest daughter Ellie, which caused problems in their relationship.

After his first divorce Shoemaker was single for more than 20 years and raised his four children. Once they grew up, Mark went looking for love on an online dating site, where he met Nikki. He then traveled to the Philippines to meet her and it seems their chemistry was incredible. In fact, only two days after meeting each other, Mark popped the question with a zip tie, instead of a ring, and she was more than happy to say, “Yes.”

Mark applied for a K-1 visa for Nikki, who traveled to Baltimore to be with him. They were married in 2015, but have since kept relatively quiet. They don’t have social media accounts and haven’t appeared on any of the 90 Day Fiancé spinoffs.

It is possible that the huge age gap caused the breakdown of Mark and Nikki’s marriage. In fact, in his divorce filing, Shoemaker claims that Nikki, 25, committed adultery. In the document obtained by In Touch and under the section for “grounds for divorce,” the former reality star checked the box for “adultery.” The 64-year-old added the words “my spouse committed adultery,” while in the next section, he wrote that for these reasons, he requests an “absolute divorce.”

It seems the feeling was mutual, as, under the “grounds for divorce” section, he checked the box for “Mutual Consent

While In Touch reached out to Mark on the number listed on the filing, he reportedly had no comment. It seems yet another 90 Day Fiancé relationship has turned out for the worse.

The Young And The Restless Spoilers: Jack Finds Out That Diane Is Alive!