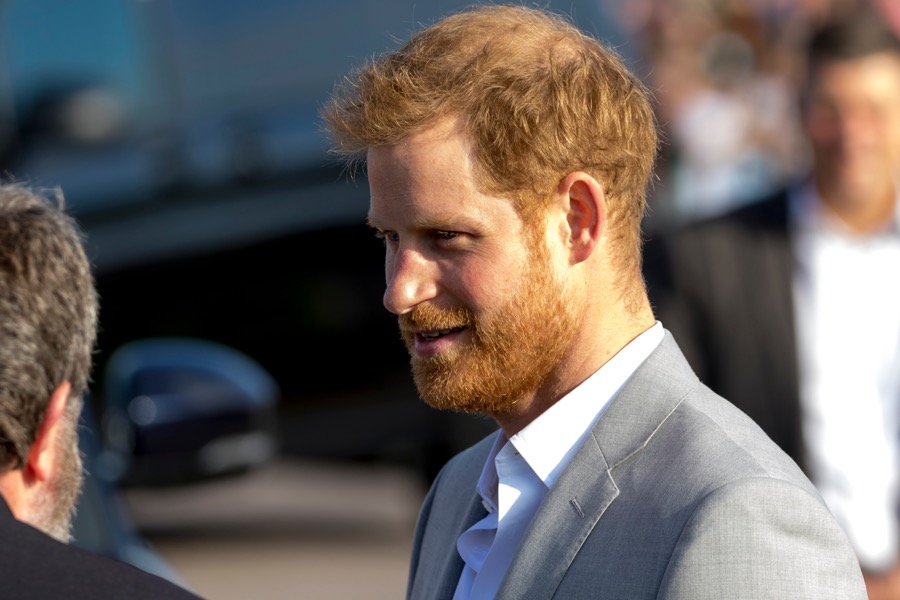 The ball is in Prince Harry’s court, he either acts fast and prevents all his hair from falling out or make do. Anyway, bald men are still considered hot these days, aren’t they?

Dr. Manish Mittal Warns Harry Of A Hairless Head At 40

If he doesn’t want a bald head to be his future, he would need to act fast. Dr Mittal said: “At the speed it’s receding, it is likely that Prince Harry will be completely bald in two years, certainly by the time he’s 40.”

He explained that if Harry wanted to have hair surgery, he would need to take hair-stablilising medication before two ops placing around 2,000 individual hair grafts, 18 months apart. The cost for a VIP client would be around £40,000.

However, Prince Harry seems keen to embrace his baldness like his father, 73, and brother William, 40, have done. He has even learned to joke about it, telling an Invictus athlete that he’s “doomed”.

Prince Harry Is “Doomed” When It Comes To His Thinning Hair

While filming a Dutch TV film in order to promote his Invictus Games, Prince Harry joked about receding hairlines with two other men.

As Dutch athlete Bart van der Burg was having makeup applied to his forehead, Harry, 37, joked, “You’ve got a lot more to be done there.”

The other man replied that it “won’t take a long time” before he too is bald, but Prince Harry quipped, “But you’re slower than me. I’m already…I’m doomed.”

The man then added “We have the same barber, I guess,” as van der Burg added, “We call it a ‘bird’s nest,’ “ to which Harry laughed.