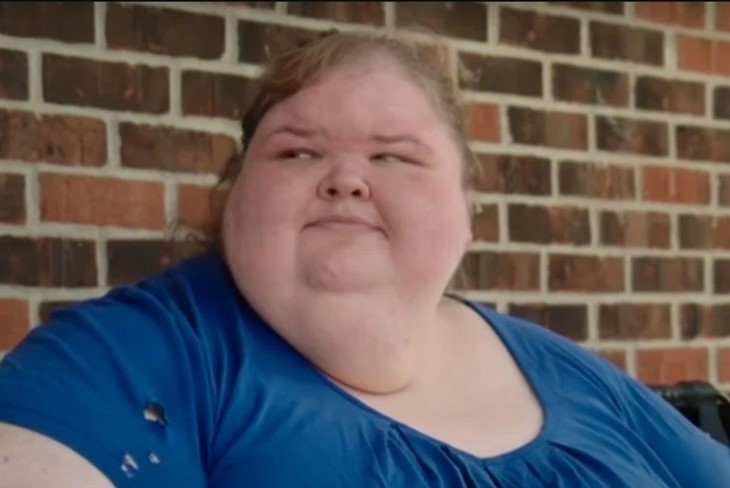 Tammy Slaton, who is prolific on TikTok, recently fell short of giving followers an update on her weight loss amid a lull between seasons and instead hinted at a possible fourth season of 1000-Lb. Sisters. Continue reading and we’ll tell you what we know.

After a serious conversation with bariatric surgeon Dr. Smith in Season 3, Tammy entered rehab one more time. Her sister Amy had moved out and left her to fend for herself as Tammy has bucked and fought with everyone who has tried to help her in the past.

In the last episode of 1000-Lb. Sisters Tammy’s brother Chris Combs revealed that Tammy had lost 115 lbs. in her first 30 days in rehab. With season 3 at an end, fans are now keeping up with the TV personality via social media hoping to get updates on her progress.

In a recent TikTok post Tammy fell short of giving an update on her progress and instead hinted at a fourth season of 1000-Lb. Sisters. In the TikTok post, a fan inquired about a fourth season of the show and the reality TV star responded, saying, “I’d love to give you a weight loss update, but you’re going to have to wait until season 4 comes out.”

Not one to leave viewers totally in the dark Slaton assured fans, “Just know that I’m staying on track, and everything is looking up.” There has been no news from TLC about a fourth season of the show or when that would premiere.

Fans will recall that, in season 3 of 1000-Lb. Sisters Tammy got carbon monoxide poisoning at which point she had to be hospitalized. According to Showbiz CheatSheet Tammy explained in now-deleted TikTok post, “I ended up in the hospital because of carbon dioxide poisoning … which led into pneumonia, and I was septic,” adding “after I got off life support, they put a trach in, so I’m trying to get used to that.”

She went on to explain that, while in the hospital, she came down with pneumonia, became septic, and required life support. Ultimately, the reality Tv star had to have a trach tube put in to help her breathe. From what we know of her via her TikTok account, she still must have the trach tube. Be sure to keep up with Tammy and the other 1000-Lb. Sisters cast and return here often for more spoilers, news, and updates.