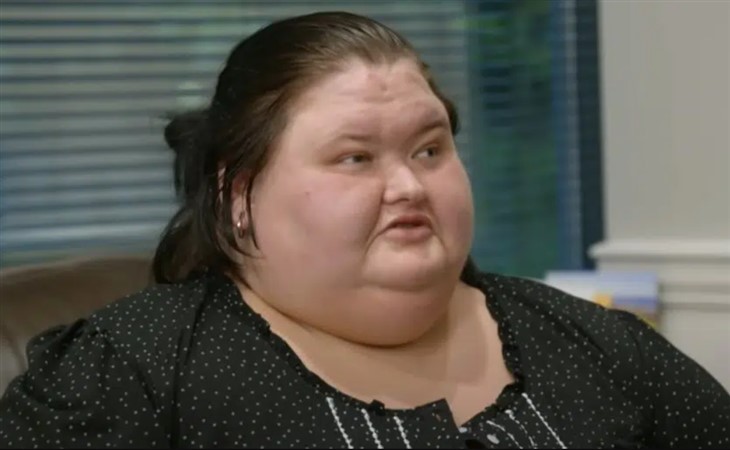 1000-Lb Sisters spoilers reveal that Amy Halterman is having some moments in her life as a mother where she is starting to feel like a bad mom. Why is this? Many of her fans told her that this feeling is completely normal because motherhood doesn’t come with a book or ways to be a good mother. Now that she is pregnant with her second child, she is nervous, but really trying to focus on what is next for their family. She is positive that she learned a lot from her first child and she hopes that she can bring this to the table with the birth of her second.

For those who have followed 1000-Lb Sisters since it began, we all know just how much Amy has always wanted to be a mother. It was a dream of hers and now she is well on her way! She and her husband, Michael Halterman welcomed their first son, Gage into the family. They were thrilled to have him and this did put Amy’s weight loss on hold. Her doctors did ask her to wait to have children, but she just couldn’t do it and now there is one more on the way!

Amy told her fans that she really has been struggling with the stress of the show and having children. This is one of the reasons she feels like she is a bad mom. She told her fans, “I don’t really want to do another season because I’m pregnant. It’s just a lot.” Amy has mentioned that she would like to be a stay-at-home mom, especially with two children under the age of two.

1000-Lb Sister Spoilers – Can Amy Slaton Do  Another Season?

With questions about another season of the show, many fans aren’t sure that we will see Amy again. There is a lot to do and they put in quite a few hours a day on the show. It has got to be taxing on them, but Tammy Slaton seems to be on board with another season. We can only hope that Amy will be there too.