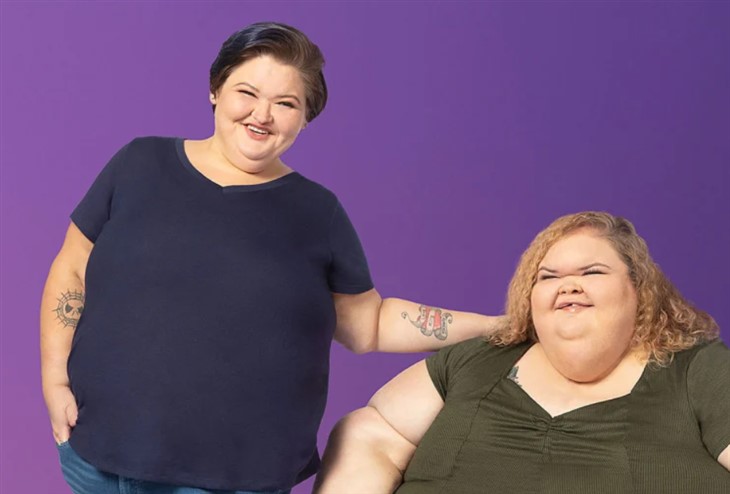 1000-Lb Sisters spoilers reveal that some fans are hoping that Chris Combs and Amanda Halterman replace Amy Halterman and Tammy Slaton. We know that when the show began, it was all about the weight loss journey of Amy and Tammy. The women both were pretty excited about their journey, but soon, we discovered just how they lack motivation.

Tammy hasn’t shown any signs that she wants to lose weight and Amy keeps having children, even though her doctors said it was not a good idea. However, we were introduced to their brother and sister and they have actually shown more motivation.

Chris and Amanda have become the favorite siblings on the show and fans are really hoping that they will take over. If season four comes, Chris and Aaanda have already shown just how much motivation they have and fans love their positivity toward their weight loss. It just makes sense that they should be the focus of the show now.

The weight loss journey of Amy and Tammy have been the focus on the show, but with them showing their complete lack of motivation, it seems that fans have grown very tired of them and would like to see a major shift in the show. This is why they are cheering on Chris and Amanda.

As we have seen on the show, Chris has continued to work hard on losing his extra pounds and this has impressed fans of the show. He and Amanda both were introduced on the show to help support their sisters, but it looks as if they have taken over the fan base. One Reddit fan wrote, “I wouldn’t mind Amanda and Chris taking bigger roles on the show. Honestly, I think TLC is kind of preparing the ground for that.”

The show has been carried by Amy and Tammy, but from the looks of it, fans want to see a lot more of Chris and Amanda.