Y&R Spoilers: Stitch Deals With Mariah’s Disappearance – Is There A Connection To Chance? 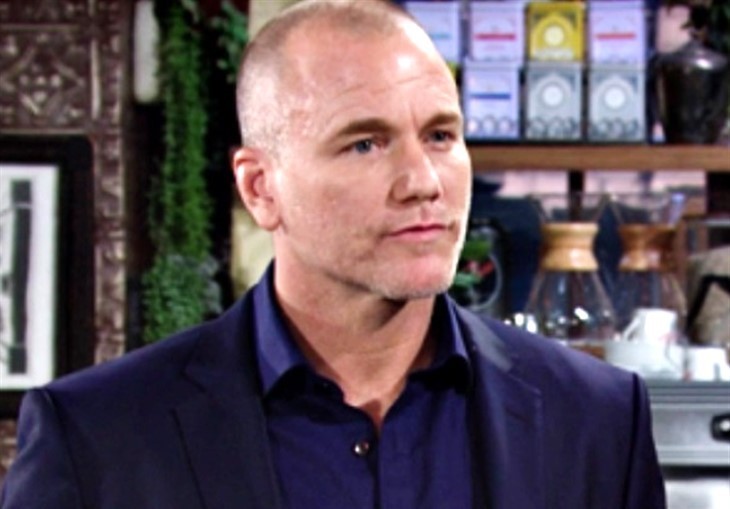 The Young and the Restless (Y&R) spoilers document that Ben Stitch Rayburn (Sean Carrigan) continues to pop in and out of the Chancellor mansion, where no original Chancellor lives. Instead, Abby Newman Abbott Chancellor (Melissa Ordway) has been relegated to live a Purgatory existence in the house where Chance Chancellor (as last played by Donny Boaz) hasn’t been seen since early February.

Yes, one of Y&R’s more convoluted storylines in years has been offered to the audience for more than six months and is still running. Like the involved characters, the audience doesn’t know what’s actually been happening since last winter. That frustrating, rather than engaging.

The Young And The Restless Spoilers – Chance Chancellor’s Assignment Linked To Stitch?

Imagine a scenario where Chance left his new bride to return to work for the Agency and that assignment is linked to Stitch? That type of conclusion would tie the scattered pieces together, making sense out of what has seemed senseless.

If Ben is revealed as Mariah’s kidnapper and Chance left town in a rush as a way to draw Carrigan’s character into some type of trap, then the audience would need time to digest that type of reality. Would a good guy like Chance put Abby through such stress? No, even for a proposed pursuit of justice.

So, the above hypothetical could cause fans to turn against Chance because Abby might do so herself. Plus, the unintended consequence of Stitch going rogue and kidnapping Mariah would be a terrible consequence that couldn’t be explained away.

Tessa Porter’s (Cait Fairbanks) visit to her sister, Crystal Porter (Morgan Obenreder), was significant. Sharon Rosales (Sharon Case) spoke with Tessa upon her return and learned that Crystal is safe.

The trip that Tessa took and the information she gained appears to have taken another option or two off the board. The bad people that Crystal was involved with at the Canadian border in the recent past aren’t a factor. That means the Crystal link isn’t tied to Mariah.

Alice Johnson’s (Tamara Clatterbuck) name was also referenced. She was heading the underground group that Crystal worked for in the past. To-date, there’s no proof that Alice has kidnapped Mariah either.

That’s significant because Alice raised Cassie Newman (Grimes) during her earliest days and was in conflict with Sharon as a result. Of course, Alice’s parenting skills were nearly non-existent, which eventually led to Sharon and Nick Newman (Joshua Morrow) getting Cassie in one of Y&R’s all-time greatest storylines.

The Young And The Restless Spoilers – Okay Stitch, It’s Time To Reveal

The fans are clamoring for some clarity. Either reveal Stitch as the villain, have him arrested, and then sent for psychiatric help, or demonstrate that he’s innocent.

The birth of Chabs’ baby during the week of August 23, means that this pained tale has reached a crescendo, with viewers hoping that the full climax follows. It’s past time to wrap this storyline and allow the characters to go one with their lives.