Y&R Spoilers: Will Billy Succeed In His Quest To Stop Victoria? 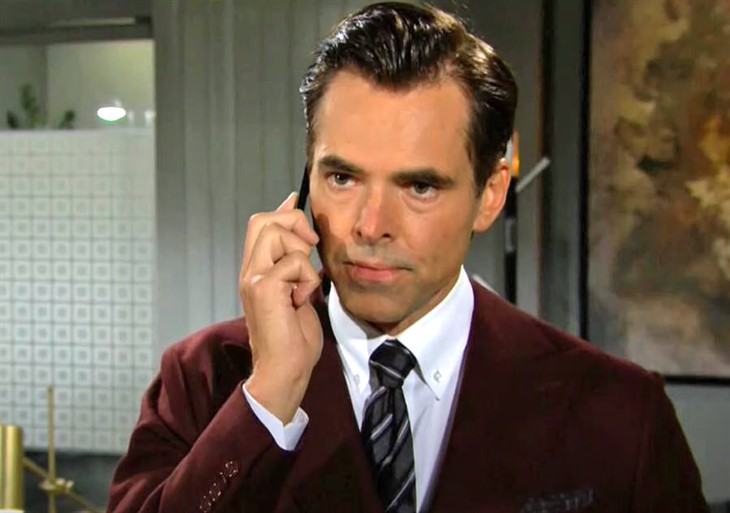 The Young and the Restless (Y&R) spoilers for Monday, October 11, 2021, reveal Billy showing up in Tuscany with everything he thinks he needs to stop Victoria.

The Young And The Restless Spoilers – Does Billy Abbott Have Enough Evidence?

Billy Abbott (Jason Thompson) is sure that having proof that Ashland Locke (Richard Burgi) essentially stole the money he claims he inherited is enough to get Victoria Newman (Amelia Heinle) to call off her wedding. So, he brings Jesse Gaines with him to Tuscany to make a spectacle of himself and reveal all in a very public and dramatic way. However, he might not even get a chance to do that.

The Great Victor Newman (Eric Braeden) does his best to keep Billy Boy away from the wedding so that he doesn’t ruin Victoria’s special day. Plus, it looks like Victor might have his own plans because he is not as trusting of Ashland as he lets on. What is Victor up to and will he succeed in rescuing Victoria from both Ashland and Billy.

It also looks like Ashland gets wind of the fact that Billy is on his way and knows things he shouldn’t, so even Ashland has second thoughts about getting married. He doesn’t want Billy to embarrass him after all.

Y&R Spoilers – What About Nick Newman?

Victoria and Nikki Newman (Melody Thomas Scott) have no idea what Victor and Billy are up to and they also are not sure what is going through Ashland’s mind. All Nikki knows is that her daughter is still absolutely furious with her brother for meddling in her life and digging up information on Ashland’s past.

Nikki just wants Victoria to forgive Nick (Joshua Morrow) and welcome him to the wedding with open arms. After all, having just Adam (Mark Grossman) there to represent her siblings will not do at all — not with Abby (Melissa Ordway) now staying in Genoa City with the baby who just seems to be a small crying blanket.

Will Victoria give in and decide to forgive and invite her brother? After all, he is already in Italy due to Summer (Hunter King) and Kyle’s (Michael Mealor) wedding that happened off-screen. And even Summer and Kyle will be at Victoria’s big shindig. Stay tuned to The Young and the Restless weekdays to see how these stories play out.

GH Spoilers: Willow Turns To Chase After Clashing With Michael