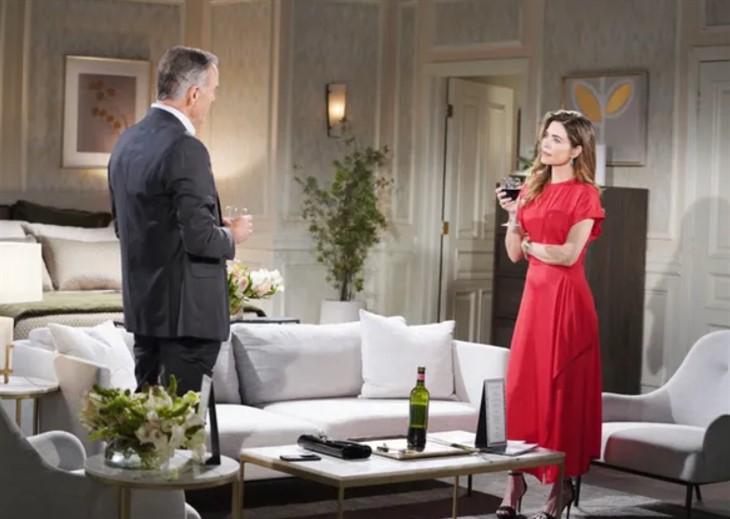 The Young and the Restless (Y&R) spoilers document that Victoria Newman (Amelia Heinle) is forging ahead. She wants to do as much as possible to ensure that the Locke Communications Group (LCG) and Newman Enterprises complete the currently secret merger plan.

Victoria feels compelled to go public, due to the infectious rumors that are spreading about Ashland Locke’s (Richard Burgi) limited life span. But Burgi’s character didn’t agree to her wish, likely the only deference he wouldn’t offer to this woman he appears to have fallen for, because their business agreement hasn’t been finalized.

Victoria made a number of Brash and Sassy moves when her father allowed her to take the helm in the recent past. Hardcore Y&R fans got the reference to Newman’s former cosmetic’s offshoot that Victoria founded.

Digitally skipping to modern times, Victoria became Newman’s Chief Executive Officer and decided to put her stamp on it. She sold off a number of assets, including the media division to Billy Abbott (Jason Thompson).

Victor Newman (Eric Braeden) was enraged that Victoria would do such a thing. So, that begs the question as to how the Moustache will respond when learning that his entire company is being merged with Ashland’s.

It could be that Ashland has a terminal condition and he dies within six months as his doctor is said to have projected. Then again, Nikki Newman’s (Melody Thomas Scott) recent questions to her daughter, in Newman’s executive suite, could have been a foreshadowing.

As Nikki said, Victoria only knows what Ashland told her. But Heinle’s character has convinced herself that she’s outwitting the world by forging a cloaked alliance with the head of LCG when, in fact, Ashland could be playing her.

If the above proves true, Victoria could put Newman Enterprises in jeopardy of being taken over or if not, then potentially being destabilized.

The Young And The Restless Spoilers – Victor Newman Has Eyes Everywhere

Victoria told Ashland that her father was like a dog with a bone. Now that Victor was aware of the dire health rumors he’ll aggressively seek the answers he needs.

Victor’s well-known henchmen and moles are everywhere. So, he’s likely to uncover the truth about Ashland’s condition, if he has one, and the Newman-Locke merger.

Viewers should prepare for an epic confrontation between the founder and current CEO of Newman Enterprises in the near future. Whether Ashland is able to achieve his objective, whatever it might actually be, before Victor gains this needed intel could impact the merger, meaning that it could be blocked before completion. A new head of the existing or combined company could result as well, which definitely isn’t part of Victoria’s plan.